Should You Add Shares of Nike to Your Investment Portfolio?

By: StockNews.com
Nike’s (NKE) recent acquisition of RTFKT should help accelerate its digital transformation. It is already more profitable than its peers and analysts expect its revenue and EPS to increase. However, given its stretched valuation and mixed financials, is it worth adding the stock to one’s portfolio now? Read on to learn our view.

On Dec.13, 2021, NKE announced the acquisition of RTFKT. NKE’s President and CEO John Donahoe said, “This acquisition is another step that accelerates Nike’s digital transformation and allows us to serve athletes and creators at the intersection of sport, creativity, gaming, and culture. Our plan is to invest in the RTFKT brand, serve and grow their innovative and creative community and extend Nike’s digital footprint and capabilities.” 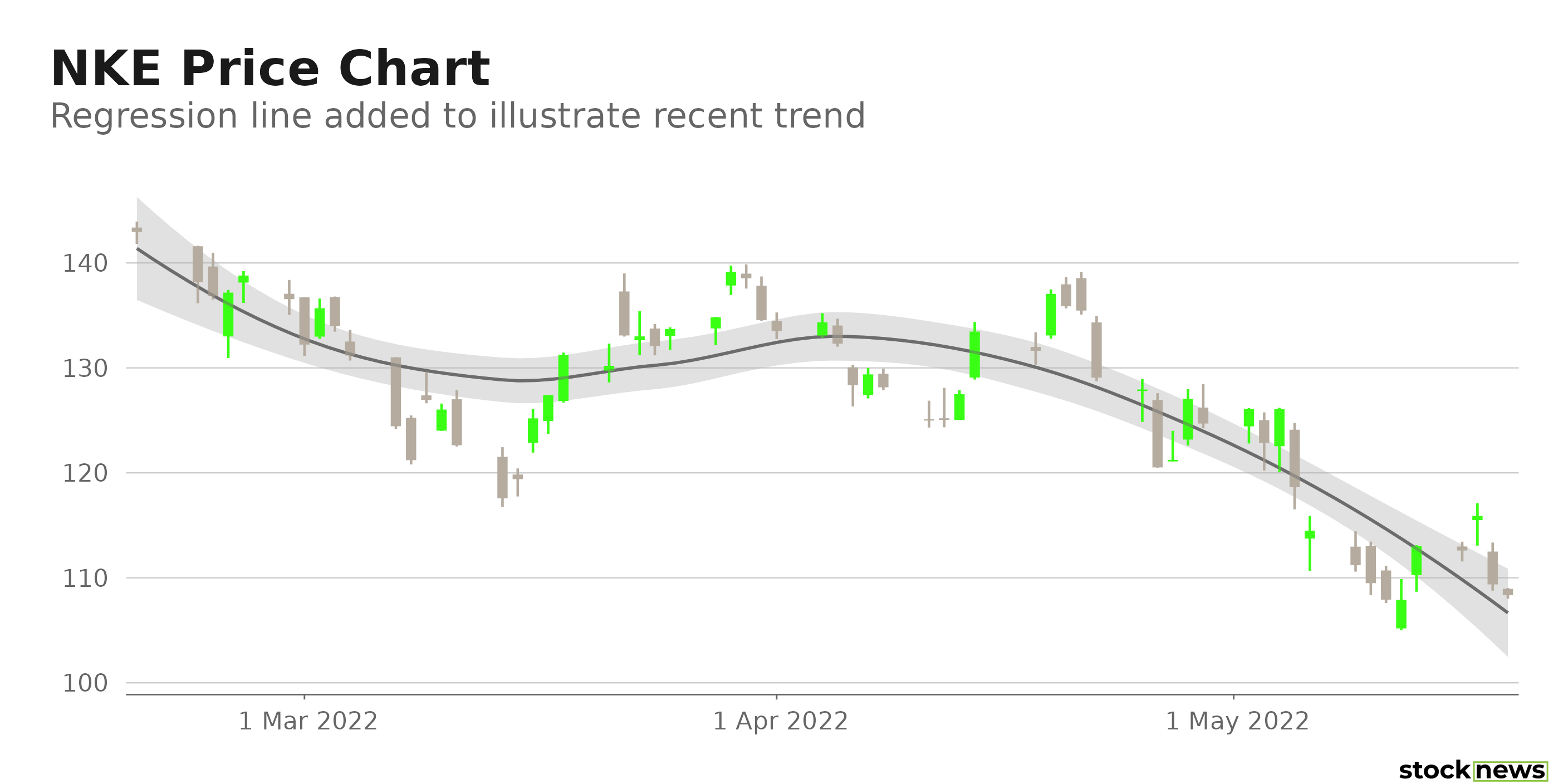 Here is what could influence NKE’s performance in the coming months:

Analysts expect NKE’s EPS and revenue for its fiscal 2023 to increase 23.3% and 12%, respectively, year-over-year to $4.61 and $52.39 billion. It surpassed the Street’s EPS estimates in each of the trailing four quarters. Its EPS increased 15.3% per annum over the next five years.

NKE has an overall C rating, which equates to a Neutral in our POWR Ratings system. The POWR Ratings are calculated by considering 118 distinct factors, with each factor weighted to an optimal degree.

Our proprietary rating system also evaluates each stock based on eight distinct categories. NKE has a D grade for Value, which is in sync with its 3.66x forward EV/S, which is  251.1% higher than the 1.04x industry average.

NKE is ranked #15 out of 37 stocks in the C-rated Athletics & Recreation industry. Click here to access NKE’s Growth, Momentum, Stability, and Sentiment ratings.

NKE is currently trading below its 50-day and 200-day moving averages of $125.74 and $150.20, respectively, indicating a downtrend. Furthermore, the stock looks overvalued at its current price level. Thus, we think it could be wise to wait for a better entry point in the stock.

How Does NIKE, Inc. (NKE) Stack Up Against its Peers?

While NKE has an overall POWR Rating of C, one might want to consider investing in the following Athletics & Recreation stocks with a B (Buy) rating: MarineMax, Inc. (HZO), Vista Outdoor Inc. (VSTO), and Gaia, Inc. (GAIA).

About the Author: Dipanjan Banchur

Since he was in grade school, Dipanjan was interested in the stock market. This led to him obtaining a master’s degree in Finance and Accounting. Currently, as an investment analyst and financial journalist, Dipanjan has a strong interest in reading and analyzing emerging trends in financial markets.

The post Should You Add Shares of Nike to Your Investment Portfolio? appeared first on StockNews.com
Data & News supplied by www.cloudquote.io
Stock quotes supplied by Barchart
Quotes delayed at least 20 minutes.
By accessing this page, you agree to the following
Privacy Policy and Terms and Conditions.