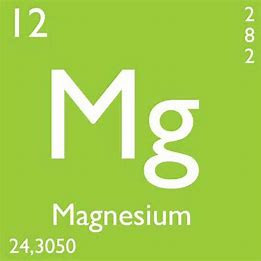 Just in time for Mental Health Awareness month, researchers at Magceutics LLC have extensively studied the brain and the role of magnesium L-threonate in managing mood disorders. Mental health encompasses areas above and beyond depression, including emotional, psychological, and social well-being, plus much more. Millions of Americans suffer from mood disorders but approximately 60% find themselves treatment-resistant to the typical medications prescribed.

The first report on magnesium for improving mood was published in 1921, showing success in 220 out of 250 cases. Since then, numerous reports have found rapid improvements in mood with the use of magnesium supplementation, including a randomized trial indicating it was as effective as an antidepressant for improving mood. A possible reason for its effectiveness is that many of the neurotransmitters in the brain that signal happiness require magnesium to be synthesized. Magnesium in the brain is needed to make the "feel good" neurotransmitters such as serotonin, dopamine, and noradrenaline, which modulate mood, cognition, reward, learning, memory, and numerous physiological processes.

Symptoms of magnesium deficiency can include depressed mood, confusion, and agitation. Individuals with depression are known to have lower magnesium levels in the blood, brain, and cerebral spinal fluid, the latter two being tightly controlled and difficult to increase. Choosing the right magnesium is essential when addressing magnesium deficiency for mood.

Simply prescribing medication for a mood disorder caused by magnesium deficiency in the brain isn't treating the root cause. To fix the underlying issue, the root cause must be addressed, going beyond masking symptoms. During Mental Health Month, it's important to explore a wide range of strategies for improved mood. Depressed mood may simply be a sign of magnesium deficiency in the brain, and boosting brain magnesium levels, particularly with the use of magnesium L-threonate, may have profound benefits on mood.