"New England Medical Specialties has provided innovative medical device solutions to our customers for over 35 years." said NEMS President Bob Proietto. "We specialize in I.V. therapy and vascular access and know that SafeBreak Vascular is going to be an important part of our product portfolio. SafeBreak Vascular is an innovative product, and we are known for bringing new technologies to the marketplace."

Lineus Medical CEO, Vance Clement, added, "When partnering with medical device distributors, we work with the best. New England Medical Specialties is the leader in their area of the country, and we are thrilled to have them represent us. Our flagship product, SafeBreak Vascular, was proven to reduce IV complications requiring an IV restart by 44% in a randomized clinical study in Hartford, CT1. Having a study conducted in New England is an impactful starting point for Bob Proietto and his team."

SafeBreak Vascular is a break-away connector that fits into any peripheral IV line on any standard luer lock in the world. The device is designed to separate when damaging force is placed on an IV line, reducing vein irritation and the chances of the IV dislodging. When the device separates, valves on each side of the device close to stop the flow of medication from the pump and blood flow from the patient's IV catheter. The separated SafeBreak can be replaced with a new, sterile SafeBreak and the IV restarted without the need for another needlestick for the patient.

SafeBreak Vascular reduces the failure of peripheral IV lines and the negative cascade of events that occurs when an IV restart is required. Peripheral IVs fail 46% of the time before their intended use is complete according to the clinical literature and cost the US healthcare system over $5B annually2.

ABOUT LINEUS MEDICAL
Lineus Medical is the developer of a patented, break-away technology designed to work with all types of medical tubing. Complications with feeding tubes, IV lines, urinary catheters and other  medical tubing may be reduced when a force-activated separation device is used. Learn more at www.lineusmed.com and follow us on LinkedIn or Twitter. 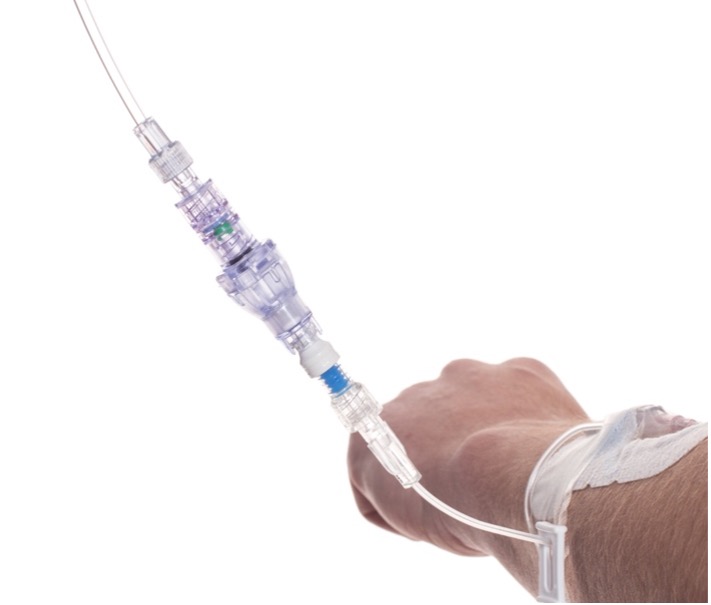