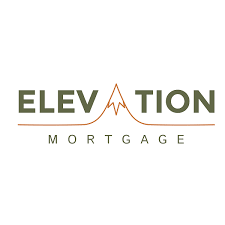 This just in, from Elevation Mortgage in Colorado Springs, Colorado, an announcement that the FHFA (Federal Housing Finance Agency) announced just today that the baseline conforming loan limit for 2022 will be $647,000, an increase of 18%.

We discovered that there are special statutory provisions in place on loan limit calculations for Alaska, Hawaii, Guam, and the U.S. Virgin Islands, and in these areas, the baseline loan limit is $970,800 for single-unit properties.

Median home values have boomed across dozens of housing markets across the country since 2021 started and in the third quarter, the FHFA announced that its house price index had seen the biggest increase since the metric was introduced in 2008!

Home prices increase 18.5% across the nation, while some markets saw larger increases.

For example, Boise and Idaho had home price jumps of over 35.8%, and the U.S. Census Bureau’s mountain division had an increase of 25% year-over-year.

Then, in late September, several nonbank mortgage lenders announced that they would preemptively increase conforming loan limits to around $620k for most U.S. counties, a sign that the FHFA would be hiking loan limits significantly to manage the rising price influx.

Back in 2008, a law was passed determining the conforming loan limits for Fannie Mae and Freddie Mac.

The Housing and Economic Recovery Act established an original formula for increases and set the starting baseline loan limit at $417,000. It mandated that the baseline could only rise after home prices returned to pre-recession levels and that condition was finally met in 2016 when the FHFA increased conforming limits for the first time in over a decade.

For the higher-cost areas, where the 115% of the local median home value exceeds the baseline conforming loan limits, the maximum loan limit is higher than the baseline loan limit.

HERA (Housing and Economic Recovery Act) establishes the maximum loan limit in those higher-cost areas at 150% of the baseline loan limit. According to Elevation Mortgage in Colorado Springs, some parts of the housing finance industry have questioned how the conforming loan limits are set.

The Housing Policy Council, who represents large mortgage lenders and mortgage servicers, wants the FHFA to use its authority as both regulators and conservators of Fannie Mae and Freddie Mac, to freeze or drop the loan limits, notwithstanding the formula set by the statutes.

Get more information about loan limits and home loans with your mortgage lenders at Elevation Mortgage in Colorado Springs, the top Colorado mortgage company.