“Three Degrees and Gone” is One of Author J. Stewart’s Best Works Yet

J. Stewart Willis is glad to announce the launch of his latest novel, “Three Degrees and Gone”. A story of desperation, trial, and familyhood, this novel brings out hard truths often missed by society. The book will be a part of the Book Fair – 2021 New York Library Association. “Three Degrees and Gone” made it to the shelves on 13th March 2020. 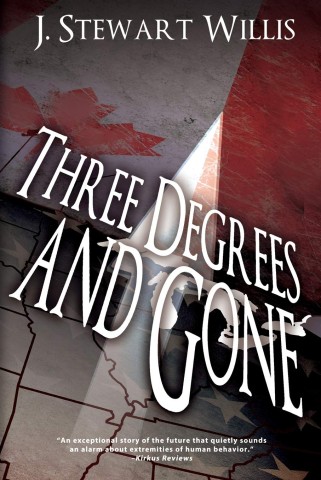 The story is set in 2087, where coastal flooding and extreme changes in the weather have turned the United States into a country full of migrants and tent cities. It is here that three family groups toil to fulfill their dreams. In desperation, they hire illegal traffickers to help across the border into Canada, where they will live as illegal immigrants.

They are taken to a crossing point in remote parts of the Blackfeet Indian Reservation in Montana, from which they will attempt to cross the border. However, some are successful in doing so, and some are not. But even among those who succeed, life does not turn out the way they hoped it would.

“An exceptional story of the future that quietly sounds an alarm about extremities of human behavior”, Kirkus Reviews.

“As a resident of the gulf coast, I was intrigued by the topic of the coast being underwater due to global warming and climate change. The author led me in a direction I did not expect to go but was an interesting adventure”, says an impressed reader.

Author J. Stewart Willis is a graduate of the United States Military Academy and Rensselaer Polytechnic Institute. He served as an army officer and later worked as a college professor of physics. Here, he conducted published research as a manager in industry and nine years as mayor of Washington, Virginia. Willis has self-published two novels, Gestation Seven and Deadly Highway.