Is it too late to buy Audius (AUDIO) after its recent jump in trading volume by over 1000%?

The Audius AUDIO/USD music streaming service has become quite popular lately, and its trading volume has increased by 1273% within the last 24 hours alone.

It’s currently bullish and has jumped in value tremendously throughout the week.

The popularity of Audius as a catalyst for growth

On November 15, we discussed if the Audio token was a solid buy after its correction.

Throughout October, Audius increased its value by 37% in total. From November 17 to November 18, the token’s trading volume saw an increase of over 1000% as well, which indicated tremendous interest.

Many users are interested in investing in the AUDIO token and are enjoying the platform.

Audius is a decentralized music-sharing as well as a streaming platform that facilitates transactions between creators and auditors.

As a platform, its objective is to streamline the overall experience of payments and provide freedom to any creator to monetize, share, and stream their audio content.

It has been dubbed as one of the largest “Spotify Rivals” within the crypto industry due to the fact that it has many international artists invested in it.

Is it too late to buy Audius (AUDIO)? 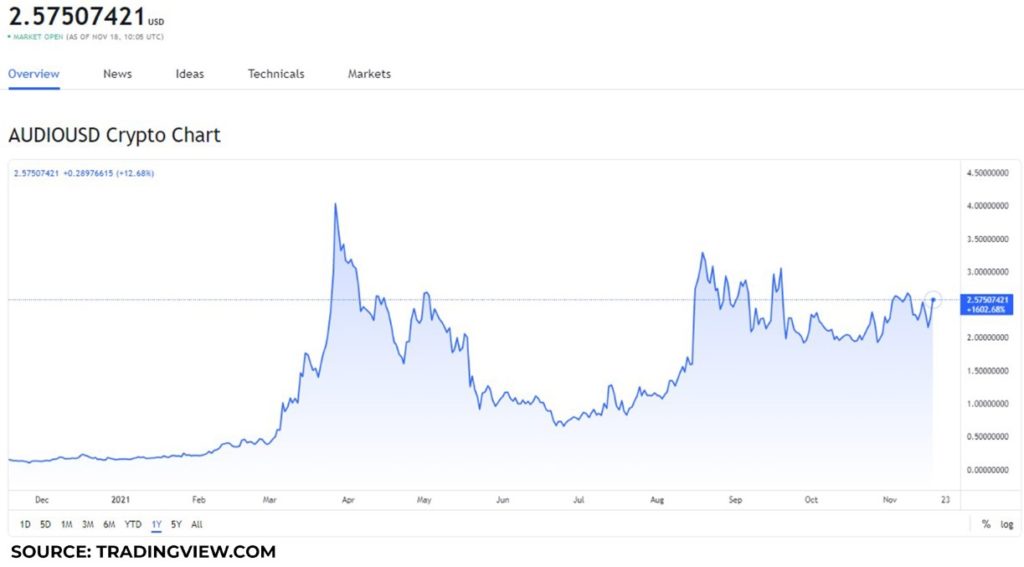 To get a better perspective as to exactly what kind of value point this is for the token, we will be going over it’s all-time high value as well as its performance in October.

In terms of the performance in October, on October 12, the AUDIO token had a value of $1.86. This marked its lowest value point of the month.

Its highest value point in October was on October 31, when the token reached a value of $2.558.

Here, we can see that the token increased in value by $0.698 or by 37% throughout October.

According to data from IntoTheBlock, Audius had $27.3 million in transactions greater than $100,000 in the last seven days. 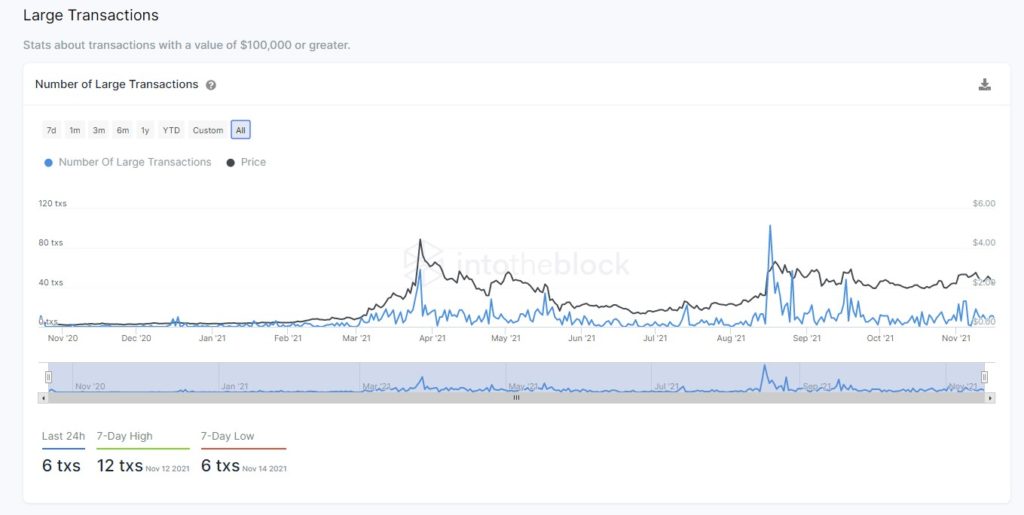 Additionally, the network saw a 30-day average of 23.86k addresses.

This gives us an indication that the AUDIO token has the potential to reach $3.5 by the end of November. This means that it is not too late to buy Audius (AUDIO).

The post Is it too late to buy Audius (AUDIO) after its recent jump in trading volume by over 1000%? appeared first on Invezz.