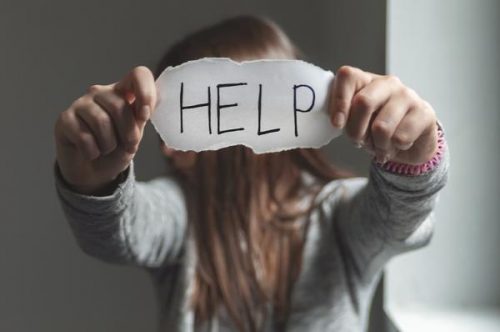 The mental health industry watchdog group, Citizens Commission on Human Right International, thanked media and advocacy groups for the increase in government inspections of abuses in behavioral facilities and actions being taken to protect against future abuse. Such investigations have especially been welcomed into the “troubled teen” system, where children and adolescents have suffered from extreme exploitation, including physical and chemical restraints and sexual abuse. Often this has occurred in for-profit psychiatric residential facilities but with exposure, governments and law enforcement are more included to act.

USA Today recently reported investigations into about 40 psychiatric residential facilities across the Carolinas and seven other states. It included multiple stories of child abuse and neglect. This included 15-year-old Elizabeth Dickey, a sexual assault survivor who was subjected to a strip search when entering Strategic Behavioral Health and put in a room for four-and-a-half weeks without being checked on. In addition, she said she witnessed staff threaten girls with restraints and sedation. “The screams of the little girl restrained in front of everybody still haunt her,” “Locked Away,” an investigation by USA Today Network-North Carolina reported.[1]

Six journalists discovered the magnitude of the problem as they reviewed hundreds of investigative reports and spoke to survivors. In another case, a 14-year-old girl was sexually exploited at Carolina behavioral facility. An investigation concluded the “North Carolina warehouses kids in psychiatric residential treatment facilities because state lawmakers have not paid for alternatives that research suggests is cheaper and more effective,” according to USA Today.

Many of those abused are foster care children: “They are the invisible children the state itself has shunted to psychiatric centers from a beleaguered foster care program that disproportionately controls the lives of Black and brown kids in North Carolina,” the article further reported.

This has been occurring in residential facilities across the nation, highlighted by the case 16-year-old Cornelius Frederick, a foster care teen, who was physically restrained at Sequel Youth & Family Services’ Lakeside Academy in Kalamazoo, Michigan, a residential behavioral facility. He was restrained for throwing a sandwich on the floor. Cornelius yelled, “I can’t breathe!” before passing out. Thirty hours later, he was dead.[2] In another case, Jeremiah Flemming, 15, died from asphyxiation after a mental health technician restrained him at North Virginia behavioral facility.[3]

Physical restraints and seclusion that can cause trauma, injuries and death. According to a national review, African Americans are over-represented in restraint-related deaths of children and adults with disabilities.[4] They account for 22% of the deaths studied while representing only 13% of the U.S. population.[5]

Since the start of 2019, workers at some psychiatric residential treatment facilities in North Carolina alone had used these potentially harmful interventions hundreds of times, according to state investigative reports.[6]

Elizabeth Dickey is also an example of kids in psychiatric centers being given “a lot of pills” because it is cheaper to drug them than to spend time with them. She was prescribed an antipsychotic, quetiapine, which she said made her feel like a zombie. The average length of stay for a child on Medicaid in this type of psychiatric is almost six months. Medicaid pays these facilities $423 per day for each child—$75,000 of taxpayer money for a single typical lockup.[7]

Jan Eastgate, president of CCHR International, said that all too often it has taken media investigations and reports exposing abuse before governments to act to protect the nation’s children in for-profit and state-owned psychiatric facilities. CCHR’s website cchrint.org is a significant resource that cites media reports dating back to the 1990s, when the group began investigations into privately owned residential behavior facilities, leading to legislative reforms.

It keeps its readers up to date with articles such as that in USA Today that draw attention to much-needed reforms. Eastgate noted that an NBC News report in 2014 exposing abuses at a behavioral facility in Florida owned by Universal Health Services (UHS) helped lead to the facility closing, safeguarding residents. The Dallas Morning News also conducted investigations into numerous abuses reported at Timberlawn behavioral health, which closed in 2018 following the rape of a 13-year-old resident.[8]

Citing one for-profit behavioral chain, the website notes at least 32 incidents of patient sexual abuse, including several convictions of staff responsible; some 18 abuses involving seclusion rooms or restraints use in children as young as six, and including three deaths; wrongful deaths, assault; breaking a patient’s arm and fracturing the nose of another; and at least six suicides that may have been preventable.[9]

Since 2015, CCHR has filed tens of thousands of complaints with lawmakers about the appalling and predatory state of children and adolescent care in the behavioral industry. It documents hundreds of abuses every year through its report abuse hotline.

It urges more advocacy group and media investigations to fully clean up what has become an industry of patient assault. Legislation is needed to outlaw abusive practices such as chemical and physical restraint, it says, and to incorporate greater financial and criminal penalties for abuses proved.

[2] “Foster care teen’s death draws scrutiny to group home outbreaks: Who is looking out for these children?” USA Today, 15 May 2020, www.usatoday.com/story/news/nation/2020/05/15/coronavirus-foster-care-death-draws-scrutiny-group-home-outbreaks/5196297002/

[5] “National Review of Restraint Related Deaths of Children and Adults with Disabilities: The Lethal Consequences of Restraint,” Equip for Equality, 2011, www.equipforequality.org/wp-content/uploads/2014/04/National-Review-of-Restraint-Related-Deaths-of-Adults-and-Children-with-Disabilities-The-Lethal-Consequences-of-Restraint.pdf