By: Get News
Michelle Jewsbury Brings Night of Elegance to Vegas to Speak out on Domestic Violence.

Las Vegas, NV, USA – October 26, 2021 – The Unsilenced Voices Gala is partnering with the NFL Alumni Las Vegas Chapter to host their fundraising gala, “A Night To Remember” on December 8, 2021, “A Night to Remember” will feature a meet-and-greet with NFL players, alumni, and celebrities, a keynote speech from Sean Callagy, live entertainment, cash bar, sit down dinner, updates from the Child Liberation Foundation, and an amazing opportunity to make a difference in hundreds of lives. Celebrities in attendance will include Nick Lowery, Sean Callagy, Greg Reid, Roy Hart, and many more. 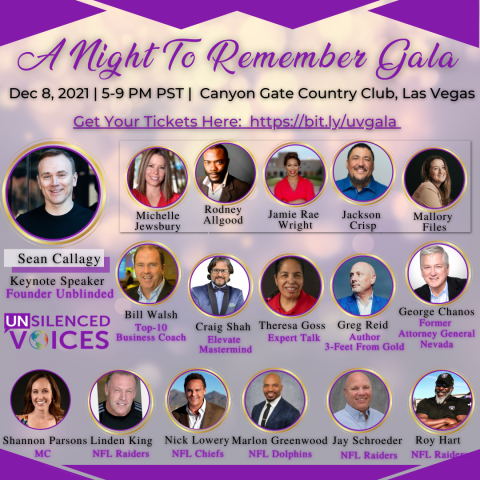 Items in the auction include two Steinburg tickets to his super bowl party (minimum bid $10K for each ticket), lunch with Bill Walsh up to 4 people in Las Vegas and four tickets to UWC on December 12-14, 2021, lunch with George Chanos (former attorney general of Nevada) for up to 3 people at the Four Seasons, two tickets to Secret Knock in March 2022 (Greg Reid), a watch from the Craig Shelly collection (valued at $2K) donated by Craig Shah, plus signed items from NFL players. 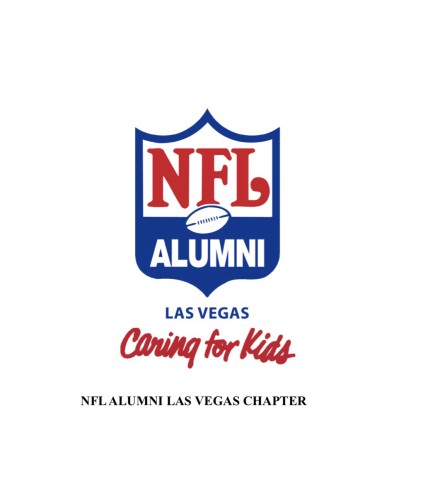 The goal for the gala is to raise funding to proceed with a domestic violence awareness tour in 9 cities around the USA in 2022. Unsilenced Voices is a Non-Profit Organization that helps Victims of Domestic Abuse and Gender-Based Violence Worldwide. We work closely with our partners to assist the many victims of domestic abuse and gender-based violence in Ghana, Sierra Leone, and Rwanda. In the United States, Unsilenced Voices is working to provide education to the community and resources to survivors Nationwide.

Over 20,000 women have been murdered due to domestic violence since 2003. Unsilenced Voices founder Michelle Jewsbury nearly became one of those women. For years, Michelle was trapped in the domestic abuse cycle. She walked on eggshells around her partner, suffered violent blowups, and tried to believe his apologies. Instead of being accountable, her abuser worked to keep Michelle isolated and silent. In December of 2015, she summoned the strength to break that cycle, leave her abuser, and share her story. Now, Michelle works to combat domestic and gender-based violence on a global scale as the founder and CEO of Unsilenced Voices.

Michelle Jewsbury is an international philanthropic speaker and author. She is known for her acclaimed one-person show “But I Love Him,” which has been turned into a memoir about her personal experience in an abusive relationship. Michelle Jewsbury also formed Unsilenced Voices to open up the conversation about domestic violence specifically. Unsilenced Voices educates the public about abuse laws while working to shift the cultural mentality to keep silent.

To learn more about Unsilenced Voices, visit their website at www.unsilencedvoices.org.