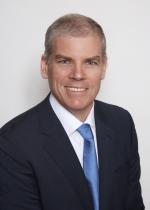 American International Group (NYSE: AIG) today announced senior leadership changes that further position the organization to deliver strong financial and operational performance over the long term and enhance its leadership team as part of the separation of the Life & Retirement business.

“The leadership roles we are announcing today strengthen our senior management team and support the momentum we have with respect to our highest strategic priorities: positioning AIG’s core businesses for long-term, sustainable profitability, preparing our Life & Retirement business to be a standalone market-leading franchise, and the continued execution of AIG 200,” said Peter Zaffino, President and Chief Executive Officer, AIG. “We are deploying exceptional talent in critical roles to ensure AIG becomes a top performing company focused on value creation for all our stakeholders, increasing financial flexibility and achieving excellence in everything we do.”

Mr. Zaffino added: “Mark is one of the most accomplished and respected actuaries and business executives in our industry. Serving in this new role will further strengthen our focus on high-quality underwriting excellence and portfolio positioning, which underpins AIG’s overall growth strategy. Shane is a seasoned finance and operations executive with a strong track record of success. His leadership and core capabilities accelerated the execution of AIG 200 during the global pandemic and established a strong foundation as we continue to instill a culture of operational excellence across AIG.”

“Elias has an extensive and accomplished financial and insurance background, as well as deep knowledge of all of AIG’s businesses, including our Life & Retirement and Investments businesses,” Mr. Zaffino said. “He will be an exceptional public company CFO and provide the Life & Retirement executive leadership team with significant expertise, insight and financial acumen as they move toward an initial public offering.”

As part of the ongoing work to separate the Life & Retirement business, including portions of AIG’s Investments unit, Elaine Rocha, currently Global Chief Operating Officer, Reinsurance, has been promoted to Global Chief Investment Officer, AIG, effective immediately. She reports to Mr. Lyons and will transition to reporting to Mr. Fitzsimons in January 2022. Ms. Rocha will lead the Investments unit that will remain with AIG.

Mr. Zaffino said: “Elaine has a multi-faceted background with considerable depth and breadth in the Property & Casualty insurance and investment management sectors. She also has significant operational expertise and a proven ability to lead complex programs and will continue to be an invaluable asset to AIG as we execute on our longer-term strategic priorities. Elaine’s broad experience and commitment to quality make her the ideal candidate to lead the Investments group that will remain with AIG as we separate the Life & Retirement business.”

AIG also announced that Ted Devine has joined AIG as Global Head of AIG 200, reporting to Mr. Zaffino. Mr. Devine has been advising AIG on its AIG 200 effort since 2019, focusing on technology delivery and user experience. In this new role, he will be responsible for overseeing and driving continued momentum across AIG 200 as the company modernizes its infrastructure.

Mr. Zaffino said: “Ted brings significant industry experience, deep insurance-operations knowledge, and a strong track record of leading successful transformational change resulting in improved performance for the long term. The AIG 200 effort is establishing a strong foundation that will improve our day-to-day operations; Ted’s oversight of this work will ensure that we maintain momentum and achieve lasting transformation as we continue to instill a culture of operational excellence at AIG.”

Mr. Lyons joined AIG in July 2018 as Chief Actuary, General Insurance, with more than 40 years of experience in the insurance industry. He assumed the role of Chief Financial Officer, AIG in December 2018. Prior to joining AIG, he was Executive Vice President, Chief Financial Officer and Treasurer of Arch Capital Group, Ltd. He was previously Chairman and Chief Executive Officer of Arch Worldwide Insurance Group after serving in various capacities within Arch Insurance U.S. operations. Prior to Arch, Mark held positions of increasing responsibility at Zurich U.S., Berkshire Hathaway and previously at AIG.

Mr. Fitzsimons joined AIG in July 2019 as Global Head of Shared Services. He has held roles with increasing responsibility, most recently serving as Executive Vice President & Chief Administrative Officer, which included Head of Financial Planning & Analysis. Mr. Fitzsimons also oversaw the implementation of AIG 200 across AIG. Previously, he spent 23 years at GE, 13 of which as an Officer, in operational and financial leadership roles across the United States, Asia, and Europe, including Global Head of Shared Services, Chief Financial Officer for all international operations, Head of Financial Planning and Analysis across GE and Chief Financial Officer of GE Aviation Services. He has been a Fellow of the Institute of Chartered Accountants (FCA) in Ireland since 1993.

Mr. Habayeb has been with AIG for more than 16 years, serving in a number of senior financial roles, most recently as Chief Financial Officer for General Insurance where he oversaw all finance activities supporting the General Insurance business. He also served as AIG’s Deputy Chief Financial Officer and will continue to serve as AIG’s Chief Accounting Officer through February 2022. His previous roles included Chief Financial Officer of International Lease Finance Corporation (ILFC), a wholly owned subsidiary of AIG, where he led efforts for its ultimate sale in 2014. Prior to AIG, Mr. Habayeb was a partner at Deloitte and has more than 25 years of financial services experience in banking and insurance.

Prior to joining AIG, Mr. Devine served as Founder and CEO of Insureon (a leading InsureTech broker), President of Aon Global Retail Brokerage, CEO of Aon Reinsurance, President of Aon Americas, a senior partner at McKinsey and Company focusing on the Insurance sector, and Senior Manager of Deloitte’s M&A Practice where he focused on capital structure transactions.

AIG is the marketing name for the worldwide property-casualty, life and retirement, and general insurance operations of American International Group, Inc. For additional information, please visit our website at www.aig.com. All products and services are written or provided by subsidiaries or affiliates of American International Group, Inc. Products or services may not be available in all countries and jurisdictions, and coverage is subject to underwriting requirements and actual policy language. Non-insurance products and services may be provided by independent third parties. Certain property-casualty coverages may be provided by a surplus lines insurer. Surplus lines insurers do not generally participate in state guaranty funds, and insureds are therefore not protected by such funds.