By: Get News
Businessman Roy Chinchilla has become a recognized name in the music industry with exciting music and video projects.

Roy Chinchilla emerges as a reputed name in the music industry as he turns producer with some fantastic music and video projects.

The United States-based business Roy Chinchilla, born as Roy Gerardo Chinchilla Mora on May 7, 1977, in Costa Rica, is now a recognized character in the music industry. He is now a manager and general producer of various music projects and video productions.

“I am passionate about music and love Latin music,” says Roy Chinchilla while describing his amazing journey. “I have discovered several Hispanic artists in the United States and worked with them. I have been able to make a big difference to their careers with my expertise in the industry.”

Roy is currently working and developing a musical project and is in charge of the general production of the latest single by artist Osmir Garay “Amigos no por favor”.

The project is about a cover and adaptation to the bachata of the song “Amigos no por favor. It is written by the composer José Luis Ortega Castro and performed by the artist Yuridia. Roy says this song was chosen for the project because it deeply connects to his personal life.

Roy is confident this new project will be very well received by the public. It has unique natural sounds and also combines music, voice and video seamlessly. The song is quite offbeat and unlike other modern songs. It carries certain bachata falsetto pop, which makes it stand apart.

Roy faced many challenges handling such a project but never showed it. He says that planning a musical project is one of the most challenging tasks as there are multiple areas to be dealt with. The project manager must decide how the project will be carried out and what the artist and the team need to succeed. The budget is also a critical element in any musical project. There is also this uncertainty about the feasibility of the project.

“Planning the whole project itself, composing a whole cast of work, handling the press and doing the recording, all these involve a crazy amount of work,” Roy admits.

In this project, the main model of the music video is the digital star, Brenda Zambrano. Roy says it was a pleasure to work with her and her team. She would do it thousand times more, both with her manager Claudia Dávila and her makeup artist Alberto Arana. 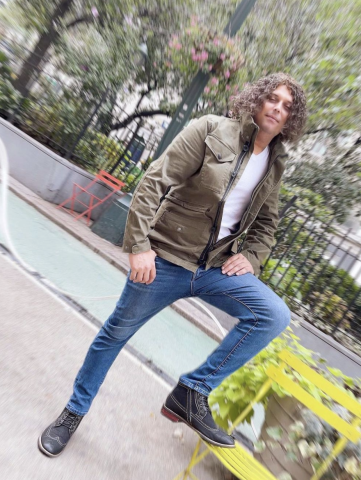 Roy Chinchilla is a person who loves challenges and works hard to achieve his goals. He has many project ideas in his mind. His passion is in music, and he wishes to continue contributing his skills and talent to the music industry. Roy says he enjoys the full support of his team as they maintain the highest level of professionalism to achieve their goals.