Stock market futures remain on the uptrend in early morning trading on Tuesday. This appears to be the case as investors eagerly await a slew of high key earnings rolling in this week. That’s amid the economic slowdown in China and growing inflation and supply chain woes. Providing some insight into all this is Invesco global market strategist of North America, Brian Levitt.

Levitt had this to say, “We’re dealing with supply chain challenges because of the unique situation that we’re in right now, where we’ve unleashed a lot of demand before businesses were really ready for it. That may persist for some time, drive volatility, raise some concerns … But ultimately I think the supply-demand imbalances will moderate, enabling this cycle to move on further.” As of 6.42 a.m. ET, the Dow, S&P 500, and Nasdaq futures are trading higher by 0.40%, 0.45%, and 0.36% respectively.

Bitcoin In The Limelight Today As Futures ETF Debuts

The crypto industry would be in focus in the stock market today. This is thanks to the launch of the ProShares Bitcoin Future exchange-traded fund (ETF) on the New York Stock Exchange. To begin with, the fund will trade under the ticker ‘BITO’ starting today. Through this ETF, investors will have general exposure to bitcoin futures contracts. For the uninitiated, these contracts essentially represent agreements to buy or sell assets later on for agreed-upon prices. As such, some would argue that it provides investors with a means to invest in crypto without directly purchasing Bitcoin itself.

For the most part, this would be considered a major win for the crypto world now. With this approval by the SEC, many would argue that the federal outlook on the often volatile sector remains somewhat positive. Sure, SEC Chairman Gary Gensler has noted that more policies need to be in place for the industry. However, this would be a better outcome than the recent crackdown in China. As a result of all this, the price of the leading digital currency, Bitcoin, continues to hold at record levels. Since the announcement of BITO stock’s debut yesterday, the price of Bitcoin has been hovering above the $61,000 mark. Safe to say, it could be an exciting day for cryptocurrencies and crypto stocks alike.

Netflix Earnings On Tap After The Closing Bell

Netflix (NASDAQ: NFLX) is set to report its third-quarter earnings figures after today’s closing bell. By and large, it is the leading name in the booming video streaming industry today. With the pandemic supercharging cord-cutting trends for the better part of the last two years, Netflix continues to shine. 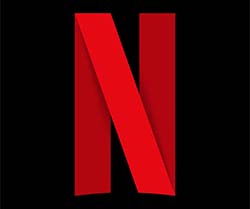 Even as the return to normalcy is slowly taking place, the company does not seem to be slowing down in terms of content creation. Evidently, throughout the pandemic, the company released smash hits such as Bridgerton and Squid Game. The likes of which are still putting Netflix on consumers’ screens across the globe.

More importantly, the real question now is what is in the books for Netflix later today. Well, in brief, Wall Street currently sees the streaming giant raking in an earnings per share of $2.56 on revenue of $7.5 billion. This would indicate potential year-over-year gains of 47% and 17% respectively. Aside from that, analysts are also expecting a sizable increase in global paid streaming subscribers (GPSS) totaling 212.9 million. Notably, GPSS would be a key metric to consider as investors evaluate the current momentum in the streaming market. Regardless, it would not surprise me to see investors watching NFLX stock closely today.

In other tech-related news, Alibaba (NYSE: BABA) launched a new piece of cloud computing tech to keep up with the global competition. All in all, most would liken Alibaba to the e-commerce juggernaut that is Amazon (NASDAQ: AMZN). Given the surface-level similarities in their core businesses, I can understand why. Like Amazon, Alibaba is a leading name in its core cloud computing market. In a move to further solidify its status in the industry, the company released a new server processor chip earlier today. The Yitian 710 will serve as an integral part of Alibaba’s cutting-edge Panjiu servers. 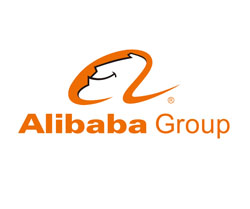 Overall, the company is not planning to sell the chip commercially. Instead, Alibaba will be using these chips to power its servers in its data centers. According to Alibaba, the main functions of the servers will be for artificial intelligence applications and data storage. Now, while cloud computing may only count for about 8% of its total revenue, Alibaba sees growth down this avenue. With the introduction of this chip, the company seems keen on competing with industry titans such as Amazon and Microsoft (NASDAQ: MSFT).

Alibaba Cloud Intelligence president, Jeff Zhang, had this to say, “Customizing our own server chips is consistent with our ongoing efforts toward boosting our computing capabilities with better performance and improved energy efficiency.” Because of all this, BABA stock could be seeing some action in the stock market today.

As the third-quarter earnings season continues to ramp up, there is no shortage of earnings to take note of today. Should you be keen on jumping on pre-market earnings, there are plenty to choose from. For instance, we have industry giants such as Johnson & Johnson (NYSE: JNJ), Halliburton (NYSE: HAL), and Procter & Gamble (NYSE: PG). Not to mention tech names like Ericsson (NASDAQ: ERIC) would also be in focus.

On the flip side, for those looking to track earnings after the closing bell, there are several on tap as well. This includes but is not limited to the likes of United Airlines (NYSE: UAL), Intuitive Surgical (NASDAQ: ISRG), Marten Transport (NASDAQ: MRTN), and Canadian National Railway (NYSE: CNI). From soaring crypto prices to earnings and notable tech plays, investors have a lot to keep track of in the stock market today.