13 AM, A ​​comedic Hip-Hop horror movie is a finalist at the 16th Annual Peachtree Village International Film Festival 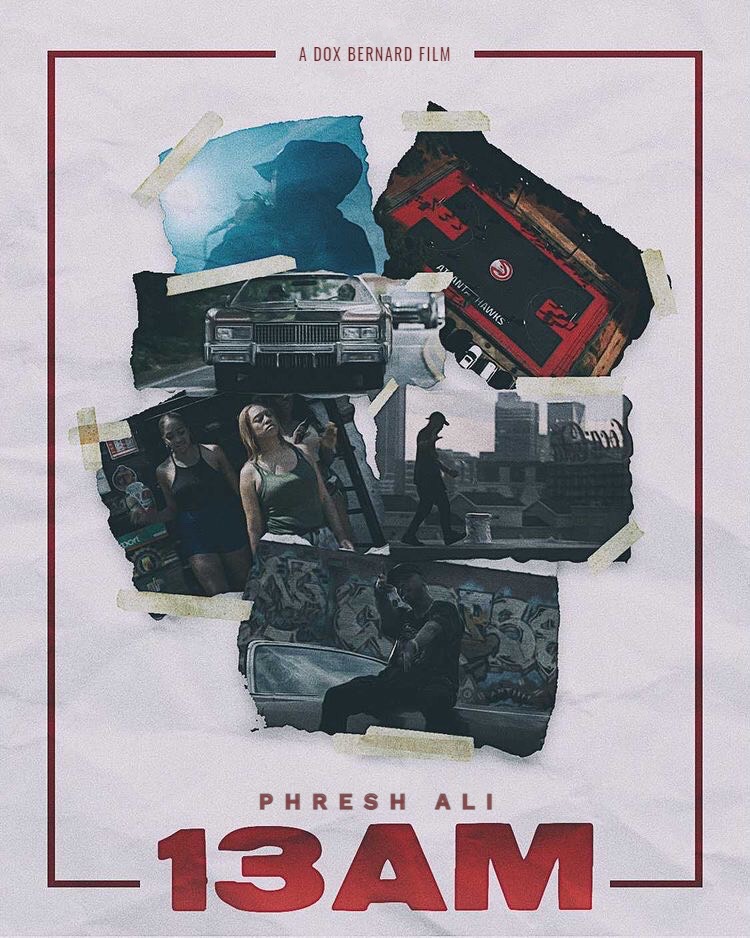 13 AM Movie Poster13 AM, directed and produced by Colbert “Dox” Bernard, is a trippy comedic hip-hop horror film. The film has reached the finale of the 16th Annual Peachtree Village International Film Festival. The film stars Phresh Ali, as the lead actor and the story revolves around him and his struggle dealing with janky promoters.

Oct 15, 2021 - 13 AM, a short horror comedy, hip hop short movie, starring Phresh Ali, directed, produced, and written by Dox Bernard, is one of the finalists in the Annual Peachtree Village International Film Festival. The film revolves around Phresh Ali, and his struggle to deal with indifferent and valueless promoters. The role of Promoter in the movie is played by Marly St Cloud.

Experts say the plot of the movie becomes exciting when the Promoter, played by Marly St Cloud, takes the responsibility on his shoulders to give Phresh Ali the fame he deserves and promises to make the show a super hit. As the movie goes, we see they leave no stone unturned to get all of his fans to the show. To know how the movie ends you can watch it on-demand throughout the festival.

On being asked, the director of the movie Dox Bernard said, “Being selected as a finalist in such a prestigious festival has awakened a sleeping giant... I have so much more in store." He also added,” The film has a lot of gripping and heartfelt moments and deserves to be selected as one of the finalists”. On working with Colbert Bernard, the lead actor, Phresh Ali says “There was so much to learn from him. His 13 years of experience in the industry helped the entire crew to get through the challenging parts of the journey.“

PVIFF annually receives over 3,000 visitors from all around the world. PVIFF, formerly known as the Sweet Auburn International Film Festival, was founded in 2006 and has acted as a starting pad for many prominent filmmakers and other artists in the film and entertainment industry. This year is the 16th annual film festival.  PVIFF is going to happen virtually on Oct. 21-23rd.  13 AM will be available On Demand throughout the festival.

You can buy the tickets at: https://www.pviffatl.com/

Colbert "Dox" Bernard has worked in the film and television industry for 13 years, rising through the ranks to become an Assistant Director of the prestigious Director's Guild of America. The filmmaker was born in Brooklyn and raised in Decatur, has worked on a number of film and television projects as well as producing his own. Dox Bernard is also the President and CEO of Doxygen Media, his own multi-media organization. He is planning on being a well-known and celebrated Director, fusing film and Hip-Hop culture for the world to see via his lens.

Phresh Ali is an Atlanta-based hip-hop musician, rose to prominence on BET's Music Moguls reality show, where he was highlighted as Jermaine Dupri's protégé. With roots in the Bronx, NY, the home of hip-hop, Phresh and his rap taste is greatly impacted by east coast culture, but having grown up in Atlanta from the age of eight, he is heavily inspired by the southern culture and up-tempo bass-heavy music with melodic rap patterns.