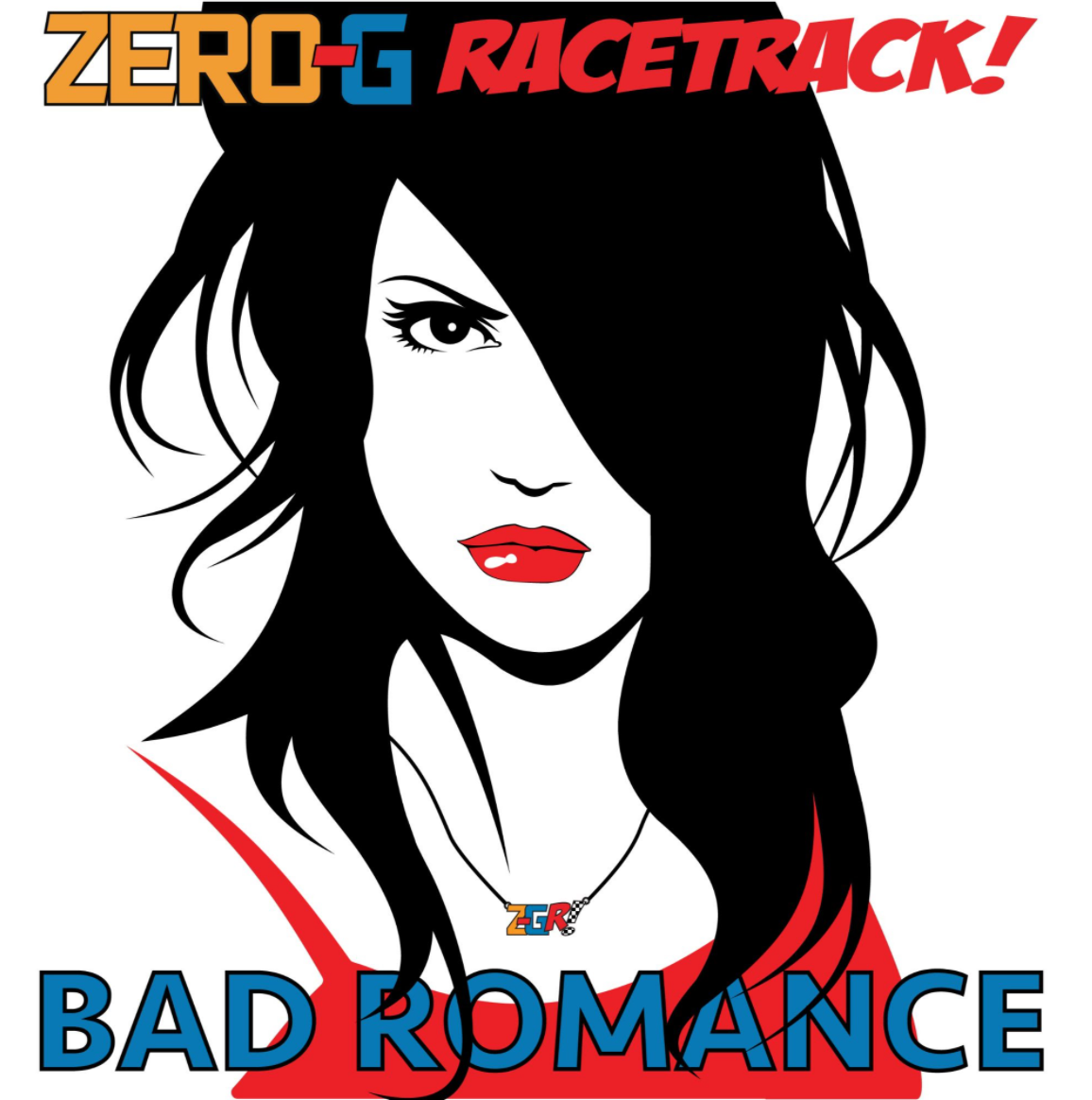 Zero-G Racetrack, one of the new wave of innovative bands coming out of Silicon Valley, presents their debut single, a cover of Lady Gaga’s hit song “Bad Romance” with a genre-blending approach to reflect the new reality of relationships in the COVID era. After recently signing to the Northern Ireland based label Royale Music, Z-GR!’s “Bad Romance” is available on all digital platforms as of this Friday, October 15th, 2021. The band already has an album under wraps and will be releasing a steady stream of singles through the label over the next several months.

“I’m really excited about Zero-G Racetrack,” says label MD Steve Morgan. “The power of Lady Gaga’s song combined with a unique and modern take on such an iconic track makes for a very exciting package. The moment I heard the first mix I knew I wanted Z-GR! on our label and we’re just glad to be a part of the team. With a release schedule that takes the band well into next year, we are excited to be releasing their first original track “Enjoy Today” in late November.”

Zero-G Racetrack’s song list fuses a variety of modern styles together, and their approach to Pop / Rock is a unique genre-blend of musical styles with cutting edge electronic music production. Formed by Producer Bill Williams and vocalist Scot Apathy, Z-GR! set out to take the best ideas from multiple genres and bring them together into a sound that is both familiar and modern.

“We are really excited about Bad Romance,” states Producer Bill Williams. “Ours is a rock version of a pop song that we feel maintains the Lady Gaga DNA, and we have put together a take on it that we think will be exciting for both fans of the original version as well as new listeners. It’s a familiar song with an updated vibe that reflects current attitudes surrounding romance and relationships.”

COVID has drastically changed the notion of what romance is,” adds vocalist Scot Apathy. “It’s moved from the traditional breakup over poor behavior to cabin fever, fear of physical contact and loneliness. People are struggling within extended relationships, the divorce rate is up, and trying to start a meaningful relationship while wearing a mask is challenging. Even Oprah Winfrey distanced herself from her partner for a year. The aggressive lean on our track reflects the change in attitude toward romance brought on by COVID’s cultural impact.”

Bill Williams, an established Bay Area Music Producer, has produced Billboard Dance Chart Top 20 songs for Amoray, and whilepartnering with various well-known DJ’s, remixed a number of mega stars including Gloria Estefan, Backstreet Boys, and Depeche Mode. Bill has also produced over 100 singles for legendary DJ Producer Remixer Julius Papp and is currently producing new releases for former Maverick / Warner Brothers NuMetal band Insolence. “I’ve released a lot of work for well-known artists, and it’s time to do it for myself. The best part is that I have complete control over how everything sounds. This track sounds exactly how I want it to sound.”

Scot Apathy, a Silicon Valley tech entrepreneur and CEO whose team launched will.i.am’s ‘Yes We Can’ video for the first Obama campaign and subsequently built his Dipdive social media platform on which the Black Eyed Peas and Universal Music launched multiple songs and artists, has taken the COVID break to focus on Zero-G Racetrack’s launch. “I’ve been involved in projects for Universal Music, CBS Radio and Relativity Media, and have put my own music on the back burner for far too long. It’s time for us to get in the game.”

More information can be found about Royale Music at www.royalemusic.group.