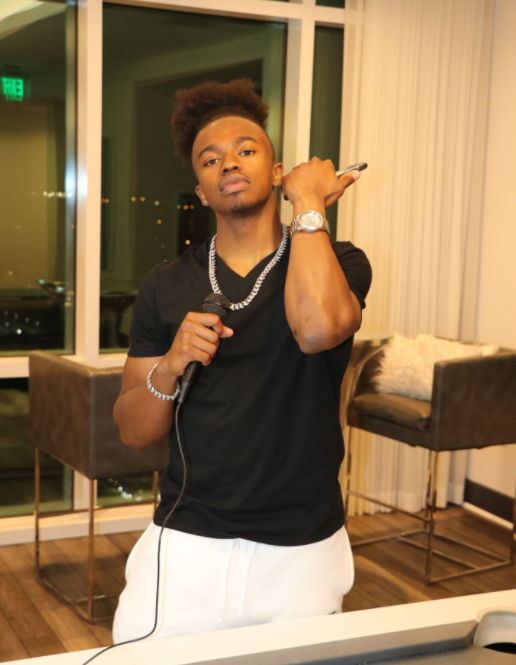 Growing up with dreams of becoming famous and a successful entrepreneur is enough fuel to propel into a full steam ahead rave towards achieving their dreams. If that’s not enough for some people, Kwali Tha Don says it is enough for him, and he’ll work with what he has to achieve his life goals.

Born Kwali Cincear Glover, Kwali Tha Don is an upcoming independent Rapper/artist and songwriter from Gastonia, North Carolina. Kwali Tha Don set out on his entertainment career with the sole goal of climbing to the top of the industry, cutting across multiple niches. Beyond being a musician, Kwali The Don has an interest in acting and the fitness industry. He’s actively pursuing all the opportunities around him in his quest for success so he can be a source of inspiration for many young people pursuing success in their endeavors.

Kwali Tha Don aims to connect with hip-hop and RnB fans by releasing music to make them feel good. “My music makes you wanna dance and turn up, and then some of my music makes you feel appreciated and loved. I’m all about positivity and getting people’s health and mind in the right space. Positive vibes only bring positive opportunities, and I want that for not just myself but my audience as well,” Kwali said.

The 20-year-old artist believes so much in himself and his versatility that he’s willing to give all his interests a shot if it would earn him notable recognition in the entertainment industry. As he hopes to get his big break in the music industry, he’s also exploring the film industry as an actor and projecting the fitness aspect of him to position his brand for modelling opportunities.

Kwali Tha Don is passionate about helping people feel better either by entertaining them or ministering to them in some ways. It explains why he wishes to be the choice musician that everyone is listening to or the actor on the screen dazzling in a movie or TV show role or a speaker dropping motivational gems to get his audience to get up and take charge of their lives.

“I want to do all these things because I feel  I can touch people’s souls with some inspiring words and actions. Very soon, I’ll have an album out that will evoke all sorts of feelings in the listeners, and I’m sure it will change their lives forever for good,” Kwali declared. Kwali also plans to launch a fitness line sometime in future to augment his career in entertainment.

Kwali Tha Don grew up watching many artists, and that inspired his desire to go into entertainment. “I watched them go from talents into bankable brands that took them to extremely high levels of success. Those things inspired me, and now I believe I can do the same for myself,” he revealed. His earliest inspiration is rapper and actor Ice Cube, who transitioned from NWA to an independent entertainer and then a movie star. Kwali is toeing the same path by learning everything about hip-hop and setting out on his journey all by himself as an independent artist.

In a few years, Kwali Tha Don sees himself going on world tours, promoting his albums, and signing deals with global brands. He hopes to break into the top lists of everything positive while also helping other talented young people kick start their careers and grow. Beyond his success, inspiring people is one thing he’s passionate about, and he intends to do it on every scale possible and at every opportunity he gets.