The Ultimate War Deck is looking forward to redefining the card game ‘WAR’ and other popular card games, with its modernized design that makes the game more fun than ever.

How about the age-old game of “War” with a modern twist? Well, US-based card and War game connoisseur Jeremy C. Gredone has recently launched a new and exciting standard deck of playing cards on Kickstarter that’s uniquely designed to revolutionize the classic “War” game with a cutting-edge upgrade. Titled “The Ultimate War Deck”, the game is aimed to make the classic game of ‘War’ more exciting and enjoyable than ever.

“We are excited to bring to you our state-of-the-art Ultimate War Deck. It’s a brand new standard deck of playing cards, which is anything but ‘standard’. From adults to kids, any card game lover will enjoy this new upgraded deck of cars,” stated Jeremy C. Gredone. 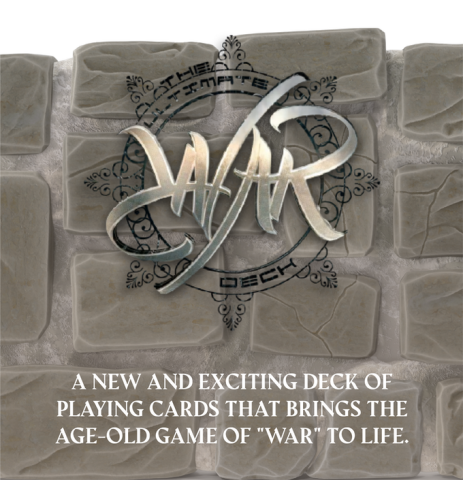 The UWD deck of cards stands out with its vibrant illustrations and cooler gameplay. The cards do not feature the usual symbols the way one finds them in regular cards. For example, the ace of Spade features the design of a nuclear mushroom cloud, which conveniently happens to take the natural shape of a spade.

“War is probably the very first card game that we all learned. The one glitch in this age-old game is it tends to get boring very fast. This is where the Ultimate War Deck comes to the rescue. Its beautiful artwork and innovative representation of card strength, via a history of weaponry, makes the game suddenly brand new for both parents and children. Why would you ever want to play the game of ‘War’ again with just a regular deck?!”

It’s very simple – As the cards increase in power, so do the weapons. So, with the cutting-edge UWD, a routine 4 versus 8 becomes a spear versus a Tommy gun. Again, 8 versus queen would be a Tommy gun versus a jet fighter. And, so on…

Speaking further, Jeremy stressed that the UWD is not just for the game of ‘War.’ Rather, players can use it for other major card games as well, such as Poker, Bridge, and so on- only this time the game would come with a touch of zing and humor, thanks to the modern upgraded design of UWD. 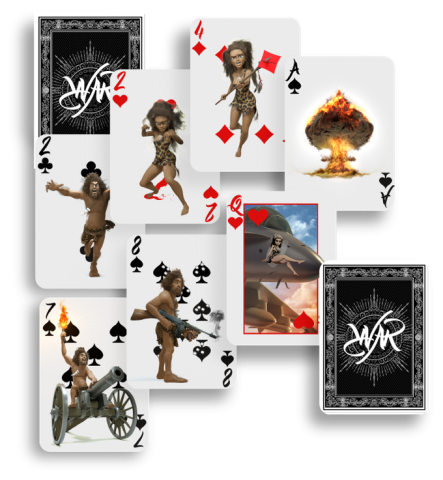 “The UWD is the standard deck of playing cards that I wished I’d had as a kid. I wanted to create a deck of cards that’s not only exciting to play with, but also visually attractive. Thus, I have teamed up with an award-winning graphic designer and my friend Michael Wynne to bring the whole deck of cards to life with cutting-edge illustrations. But, such high-tech illustrations demand robust financial backup and hence this Kickstarter campaign. Your generous support will enable us to complete this unique and revolutionary deck and secure its place in playing card history!”

Backers will be rewarded with special Kickstarter discounts on the UWD units. To learn more or show your support for the campaign, please visit the Kickstarter campaign here: https://www.kickstarter.com/projects/227157057/the-ultimate-war-deck?ref=4vzvj0