By: Get News
Expository book on the Shwa era, “The Japanese Empire Disaster,” officially joins the bookstore placement by Author’s Tranquility Press to reach more audience.

The Japanese Empire Disaster is an eye-opener from Jean Sénat Fleury, a judge, teacher, and writer, as he seeks to take readers on a ride down memory lane, exploring the series of events during the first period of the Showa era (1931-1945). The book demonstrates the factors that led to the way and the role of emperor Hirohito, as supreme commander and the support to the army. 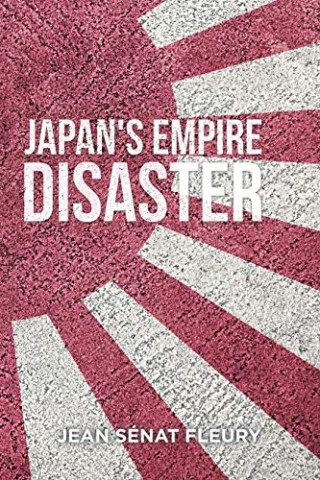 The story of the Pacific War, otherwise known as the Asia-Pacific War, has been told in different ways depending on the side that the historian or narrator looks at the happenings. Unfortunately, many of the available pieces have failed to bring out the lessons from the war launched by Emperor Meiji and Hirohito, which is where Jean Sénat Fleury’s The Japanese Empire Disaster is particularly different.

The book serves as an educational piece that teaches readers a bit of the history of the modernization of Japan and the war launched by Emperor Meiji and Hirohito to build the Japanese Empire in the Pacific and East Asia. The author looks at the role of Hirohito in Japan’s entry into the war that began when Japanese troops invaded Manchuria on September 19, 1931, which eventually led to Japan’s surprise attack on the U.S. naval base at Pearl Harbor on December 7, 1941.

The paperback, Kindle, and hardcover of The Japanese Empire Disaster are currently available on Amazon, with rave reviews from readers. “It is a fascinating book. I found it difficult to put down. The author has done tremendous research on the Pacific War. The book is brilliant and charming at the same time. Trust me, you will love it,” said Joanna Gleason.

For more information about Author’s Tranquility Press and the services offered, visit – www.authorstranquilitypress.com.

Author’s Tranquility Press is a publicity agency that focuses on self-published authors, using traditional and digital marketing solutions to deliver premier results. The goal is to help authors fulfill their dreams by providing the best marketing tool for beginners or established authors by developing the right marketing tools using strategic materials and giving a new venue for learning through all kinds of publishing platforms.