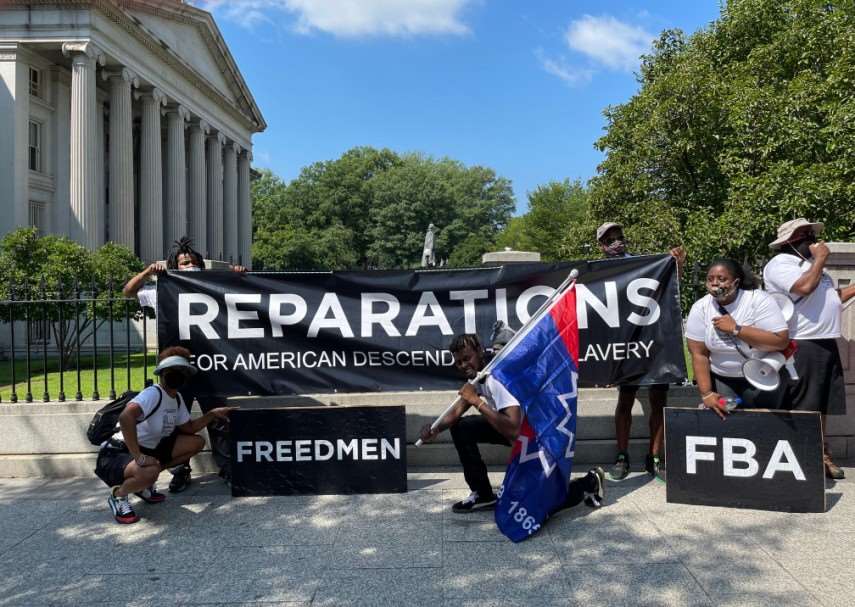 Black American Descendants of Slavery Protest in Washington DC against the White House, Congress and the Congressional Black Caucus’ Benign Neglect of Reparations and Protective Policies

Activists are traveling from across the country to attend the D.C. demonstration this Saturday to urge President Joe Biden to sign an executive order to study reparations for black American descendants of slavery and Jim Crow. "We continue to witness the cost - in American lives - of the refusal by these United States and our politicians to create a distinct census designation, exclusive policy prescriptions, and a federal agency for Black American Descendants of Chattel Slavery, Jim Crow, and the present-day oppressive systems, just as they did with the Office for New Americans and the Freedmen's Bureau of 1865," said Reparations Activist, Nita Scott, North Carolina.

Source :US Freedmen On Code