By: StockMarket.com
4 Semiconductor Stocks For Your Watchlist Right Now

Semiconductor stocks are possibly one of the most intriguing sectors to invest in the stock market this year. By now, everyone familiar with the industry would be aware of the chip shortage that has been haunting the world since 2019. There have been constant talks of supply shortages that have affected various industries. This ranges from automotive companies to most tech companies. Even Apple (NASDAQ: AAPL) is not immune to it. According to Bloomberg, the tech giant is likely to slash its projected iPhone 13 production targets for 2021 by as many as 10 million units due to chip shortages.

Most chipmakers have slumped over the past month. Earnings report for the industry will be in focus when Taiwan Semiconductor Manufacturing Company (NYSE: TSM) reports its result on October 14, and Intel (NASDAQ: INTC) on October 21. Regardless of the outcome, semiconductor stocks appear to be heating up. Some investors may even view the current breather in chip stocks as an attractive opportunity. With that in mind, here is a list of the top semiconductor stocks to know in the stock market today.

First, we will be looking at Micron. Essentially, the company offers memory and storage solutions. These include dynamic random-access memory (DRAM), negative-AND (NAND), three-dimensional (3D) XPoint memory, and NOR. While MU stock may have been trading sideways for the most part of the year, it has still risen more than 20% within the past year.

There are reasons to be optimistic when it comes to Micron. Late in September, the company posted its fourth-quarter earnings report. It posted a revenue of $8.27 billion, an increase of 36.4% year-over-year. Also, its GAAP net income was $2.72 billion, representing an increase of a staggering 175% year-over-year. Overall, it ended its fiscal 2021 year on a high.

Recently, Micron also announced the availability of the Micron 7400 SSD with NVMe™. With this, it would deliver PCle Gen4 performance, and leading-edge security to meet the storage needs of demanding data center workloads. Currently, data centers continue to evolve due to the rapid growth of data and the proliferation of applications. Hence, the Micron 7400 SSD has the flexibility to address these needs, enabling deployments and delivering value from edge to cloud. Given these considerations, would you add MU stock to your watchlist? 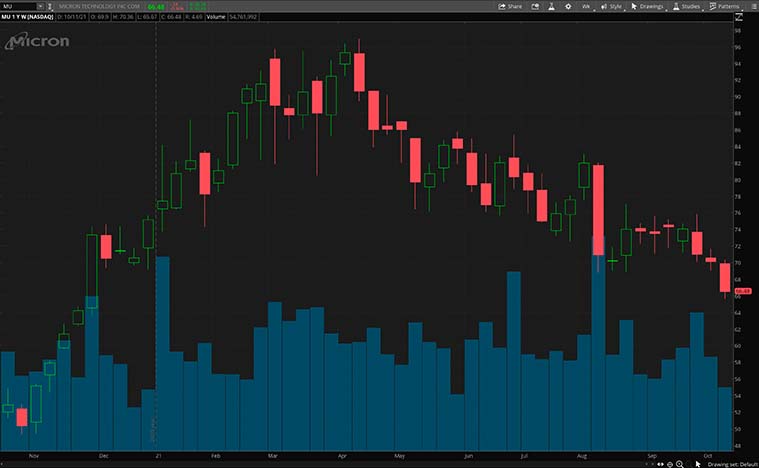 Following that, we have the semiconductor company, NXP. In detail, NXP provides high-performance mixed-signal and standard product solutions. Its product solutions are generally used in a range of end-market applications, including automotive, personal security, mobile communications, multi-market industrials, consumer, and computing. NXPI stock has climbed more than 30% over the past year.

Last Wednesday, the company announced that it will showcase V2X-enabled prototypes as part of this year’s ITS World Congress in Hamburg. This includes a smart V2X-enabled e-bike prototype from premium manufacturer Riese & Muller. NXP claims that its V2X electronics can help protect bikes and other road users from accidents. The idea of collision-free driving starts with allowing vehicles and road users to communicate in real-time.

Thus, V2X meets this need by linking a vast web of e-bikes, e-scooters, and even construction site lighting to create a web of safety for all who share the roads. In addition, NXP has also announced plans of launching the new i.MX 8XLite application processor to drive the expansion of the V2X ecosystem. As an investor, it is encouraging to see the company having precise targeted goals. With that in mind, do you see a bright future ahead for NXPI stock? 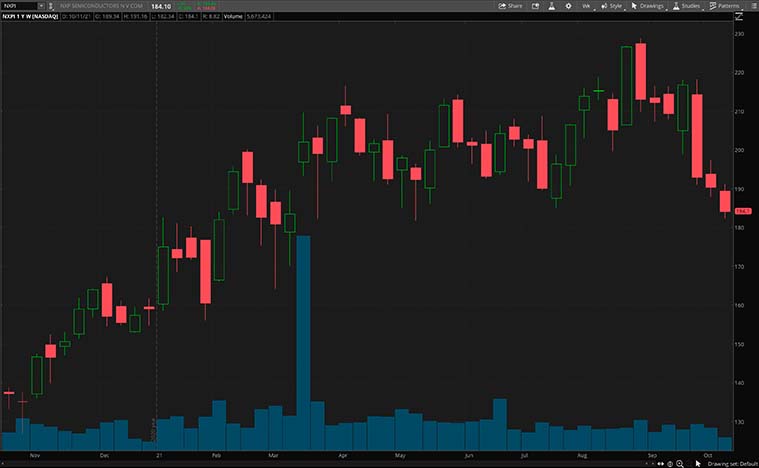 Another top name in the industry today would be ASML. For those unaware, the company manufactures complex lithography systems that are critical to the production of microchips. In fact, lithography systems are machines that are used to make said chips. The company’s products are used by all major chip makers and our everyday electronics may not exist without ASML’s machines. The company also offers hardware, software, and services to mass produce patterns on silicon.

Over the past year, ASML stock has risen more than 75%. It would be an understatement to say that the company has benefitted from the global chip shortage. The company also provided its strategy and financial update during its investor day in September. It increased its financial forecasts and expects its revenue growth to be around 11% annually through 2030 amid booming demand for its products.

Furthermore, ASML also estimated its revenue would hit $28 billion to $35 billion in 2025 with gross margins up to 55%. That compares with a previous forecast of $17 billion to $28 billion range in the same year. The company believes that it is benefitting from what it termed “global megatrends in the electronic industry”. With all said and done, would you consider investing in ASML stock? 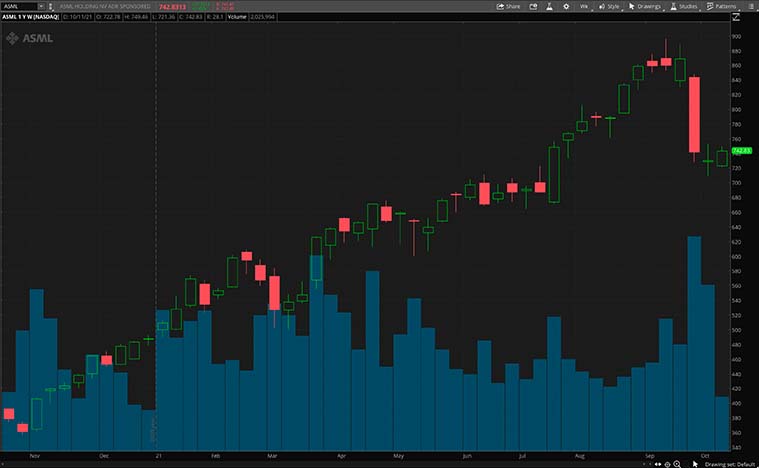 Lastly, we will be looking at the semiconductor company that specializes in wireless technology, Qualcomm. Notably, the company’s offerings have and continue to play a big role in enabling 5G and 4G wireless tech worldwide. Besides that, its technologies and products are also used in industry segments and applications such as automotive, computing, Internet of Things (IoT), and networking.

Last week, the company and SSW Partners finally announced that they have reached a definitive agreement to acquire Veoneer (NYSE: VNE). In particular, SSW Partners will acquire all of the outstanding capital stock of Veoneer and sell the Arriver business to Qualcomm. Qualcomm will incorporate Arriver’s Computer Vision, Drive Policy, and Driver Assistance assets into its leading Snapdragon Ride™ Advanced Driver Assistance Systems (ADAS) solution. Thus, augmenting the company’s ability to deliver an open and competitive ADAS platform for automakers.

On top of that, Qualcomm announced a new $10 billion stock repurchase authorization on October 12. This is in addition to the company’s stock repurchase program announced in July 2018, which has $0.9 billion of repurchase authority remaining. The new announcement could suggest that the company believes its stocks are undervalued. Do you share the same view? If so, would QCOM stock be a top semiconductor stock to buy for you? 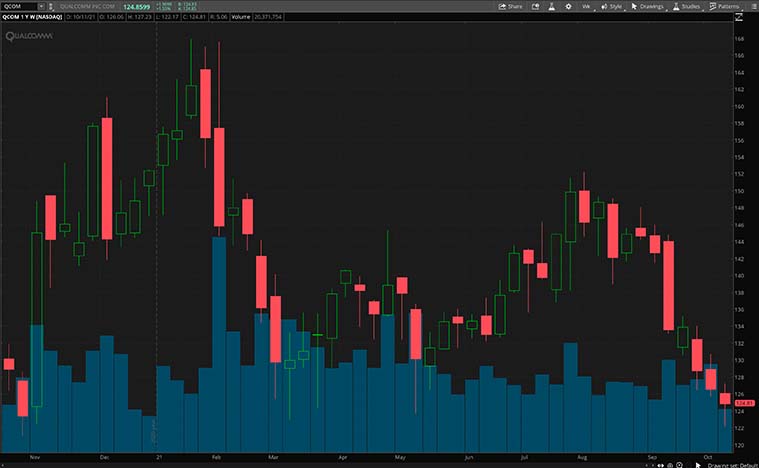