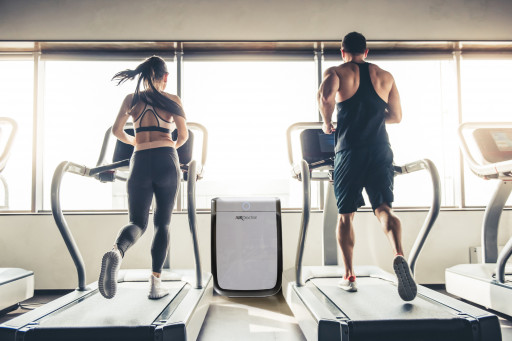 AirDoctor, a global leader in air purification, announced results of independent laboratory testing of its UltraHEPAⓇ air purification technology that show it removes 99.97% of live airborne SARS-CoV-2 (COVID-19) from the air. These successful results were achieved using the live aerosolized SARS-CoV-2 virus on the AirDoctor 3000 purifier in a test chamber and conducted by U.S.-based MRIGlobal, an independent, not-for-profit contract research organization. These results build on AirDoctor's previous independent laboratory testing that showed AirDoctor purifiers remove a variety of bacteria and viruses, including H1N1,1 and airborne particles as small as 0.003 microns.2

"With more activities requiring the return to public spaces, many people are understandably concerned about the threat COVID-19 poses to their health and the health of their loved ones. AirDoctor is committed to reducing the risk of infection with effective, industry-leading technology backed by rigorous independent laboratory testing. For over 15 years, our team of air purification experts has been dedicated to providing peace of mind to consumers through innovative products that have undergone third-party testing and produce transparent results," said Peter Spiegel, founder and co-CEO of AirDoctor and Ideal Living.

AirDoctor's mission is to inspire a thriving life for all through pure, healthy air technology proven by science. AirDoctor delivers professional air purification technology to consumers, businesses and schools alike at an affordable price. AirDoctor's effectiveness is backed by rigorous independent testing so the air you breathe is as pure as the science that goes into our products. AirDoctor purifiers are available at airdoctorpro.com, Amazon and other online retailers. They are also sold internationally in the United Kingdom and the European Union.