TORONTO, ON / ACCESSWIRE / October 13, 2021 / Eskay Mining Corp. ("Eskay" or the "Company") (TSXV:ESK)(OTCQX:ESKYF)(Frankfurt:KN7)(WKN:A0YDPM) is pleased to announce that it has concluded its 2021 diamond drill program at its 100% owned Consolidated Eskay precious metal project in the Golden Triangle, British Columbia. Recent drilling encountered massive sulfide mineralization atop the TV volcanogenic massive sulfide ("VMS") system, demonstrates extensive sulfide mineralization occurs between the TV and Jeff deposits, confirms that the highly prospective Upper Hazelton Group stratigraphy is present in close proximity to the C10 VMS system, and establishes that the newly discovered Vermillion deposit constitutes a major new VMS discovery for Eskay Mining. In addition, ground work at Scarlet Ridge (formerly named New York; name recently changed to avoid confusion with another prospect in the area with the same name) confirms that area hosts extensive rhyolite-hosted VMS mineralization over a strike length of at least 1.5 km.

These accomplishments were made in spite of the early arrival of snow storms beginning in mid September. The Company completed approximately 23,500 meters in 98 holes, or 78% of the targeted 30,000 meter program. As announced by Eskay Mining in a Company news release dated September 16, 2021, assay turn around is expected to continue to be protracted due to an extremely active drill season in the region as well as a chronic shortage of available labor, especially at sample preparation facilities.

With completion of drilling, Eskay has delivered a total of nearly 250 batches of core samples to the laboratory. Assay turn around is expected to continue to be protracted due to an extremely active drill season in the region as well as a chronic shortage of available labor, especially at sample preparation facilities.

"Eskay's exploration team led by Dr. John DeDecker has accomplished a long list of goals this season," commented Quinton Hennigh, director and technical advisor to the Company. "Discovery of massive sulfide mineralization atop the TV VMS system and sulfide mineralization in between TV and Jeff are a great way to end the drill season. On top of this, recent drilling has confirmed that Upper Hazelton Group stratigraphy, like that at the Eskay Creek deposit nearly 20 km to the north, is in close proximity to the C10 VMS deposit. Drilling also demonstrates that the newly discovered Vermillion deposit constitutes a major new VMS discovery for Eskay Mining. Last but not least, reconnaissance ground work confirms that Scarlet Ridge hosts an extensive VMS mineralization system associated with rhyolite intrusions over a strike length of at least 1.5 km. We are delighted with this season's accomplishments and look forward to seeing assays from drilling, rock chip sampling and soils programs."

Dr. Quinton Hennigh, P. Geo., a Director of the Company and its technical adviser, a qualified person as defined by National Instrument 43-101, has reviewed and approved the technical contents of this news release.

About Eskay Mining Corp:
Eskay Mining Corp (TSX-V:ESK) is a TSX Venture Exchange listed company, headquartered in Toronto, Ontario. Eskay is an exploration company focused on the exploration and development of precious and base metals along the Eskay rift in a highly prolific region of northwest British Columbia known as the "Golden Triangle," approximately 70km northwest of Stewart, BC. The Company currently holds mineral tenures in this area comprised of 177 claims (130,000 acres).

All material information on the Company may be found on its website at www.eskaymining.com and on SEDAR at www.sedar.com. 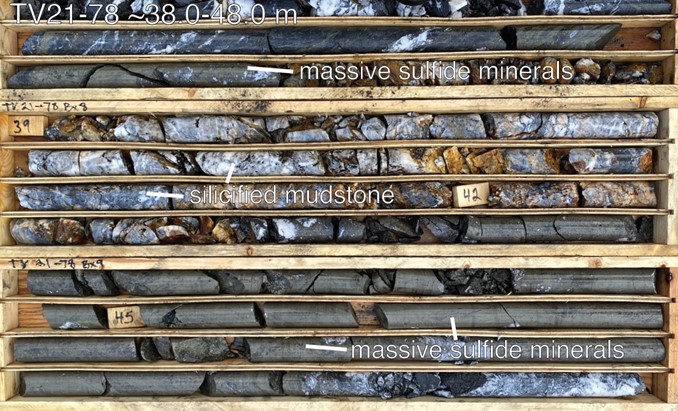 (Figure 1: Core from approximately 38-48 m in hole TV21-78 showing massive sulfide mineralization and associated silicified mudstone. This is one of several holes that encountered exhalative and clastic massive sulfide atop the TV VMS system.) 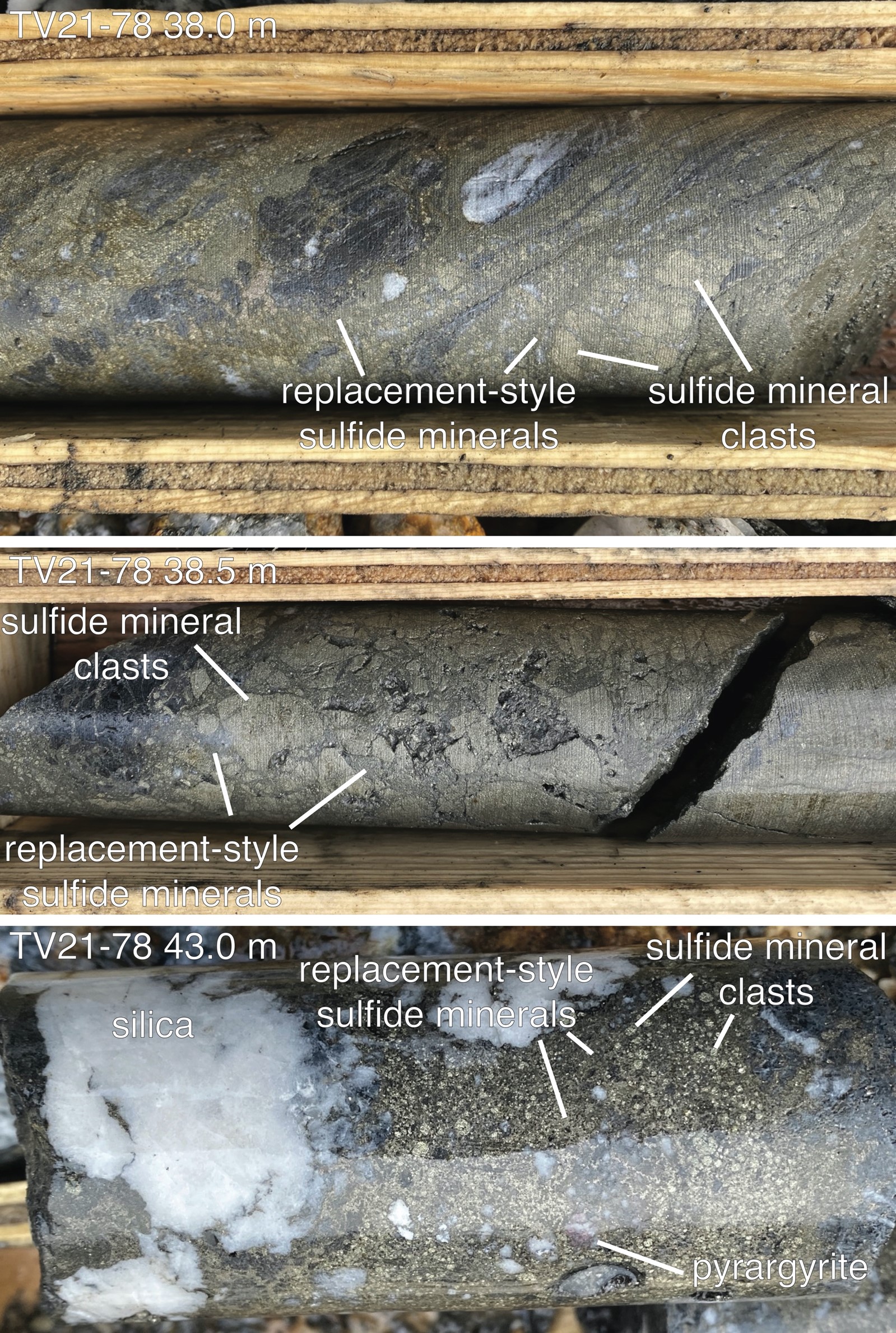 (Figure 2: Close up images of massive sulfide core from hole TV21-78. Sulfides include pyrite, sphalerite and silver sulfosalts including pyrargyrite. Clastic textures are common, with the space between pyrite clasts infilled by pyrrhotite, chalcopyrite, sphalerite, and pyrargyrite.) 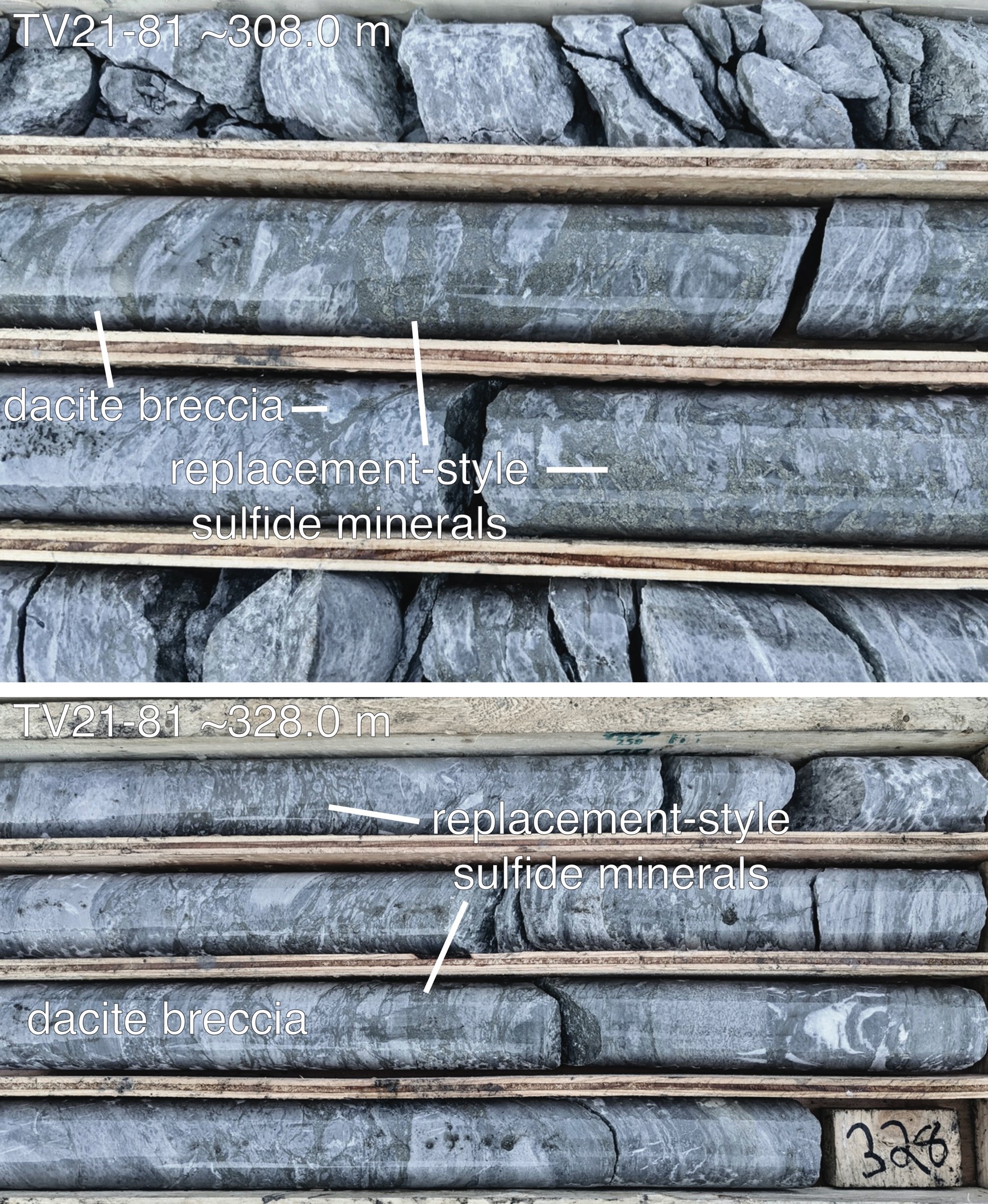 (Figure 3: Core from hole TV21-81, drilled approximately 300 m north of TV, showing replacement-style sulfide mineralization in dacite breccia. Such mineralization is observed at both TV, to the south, and Jeff, to the north. Eskay is hopeful that this mineralization will ultimately prove to connect the TV and Jeff systems.) 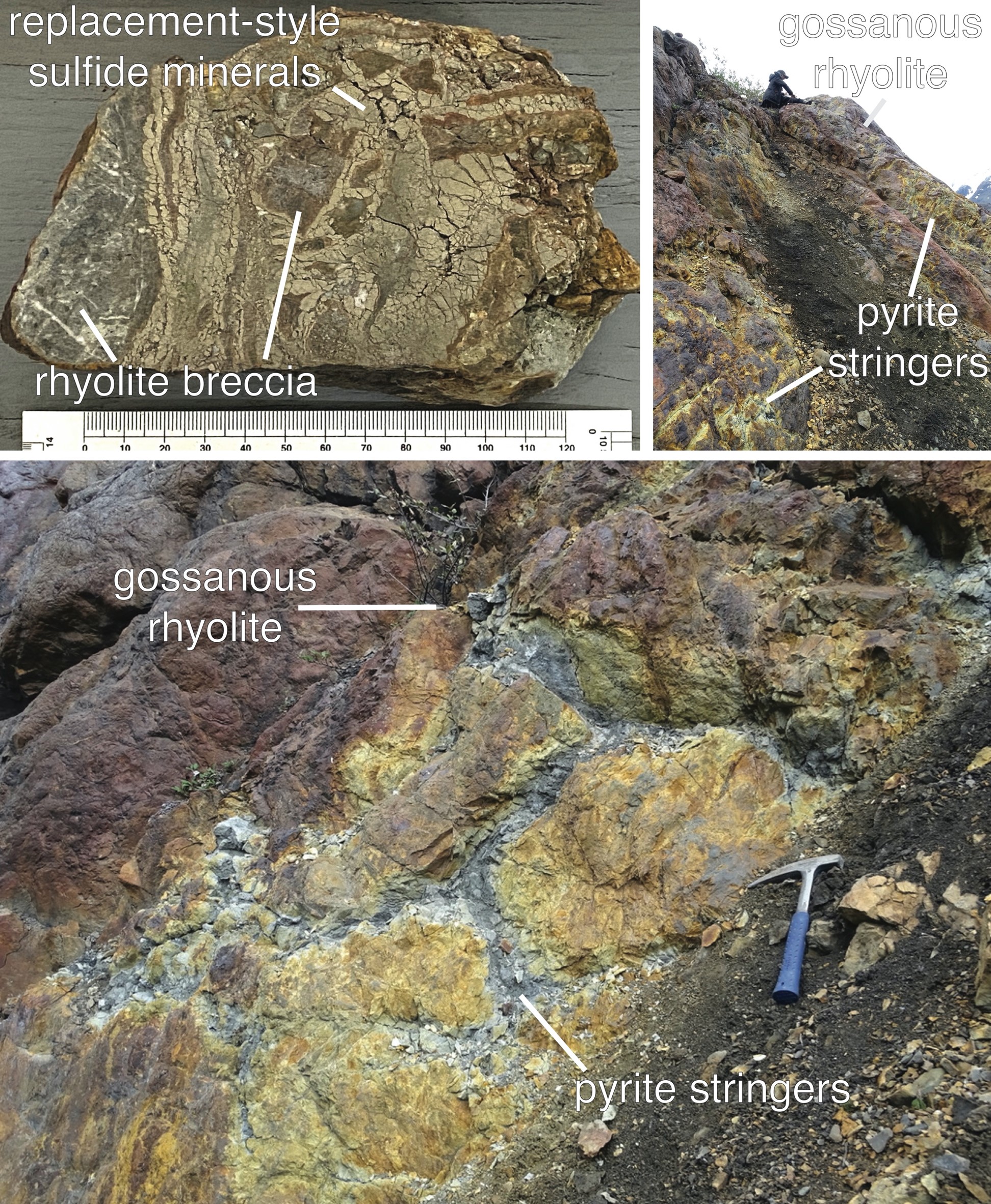