How Many Generations Will Keep the Secret? Random Media Announces the Worldwide Digital Debut of 'ANOTHER CHILD' 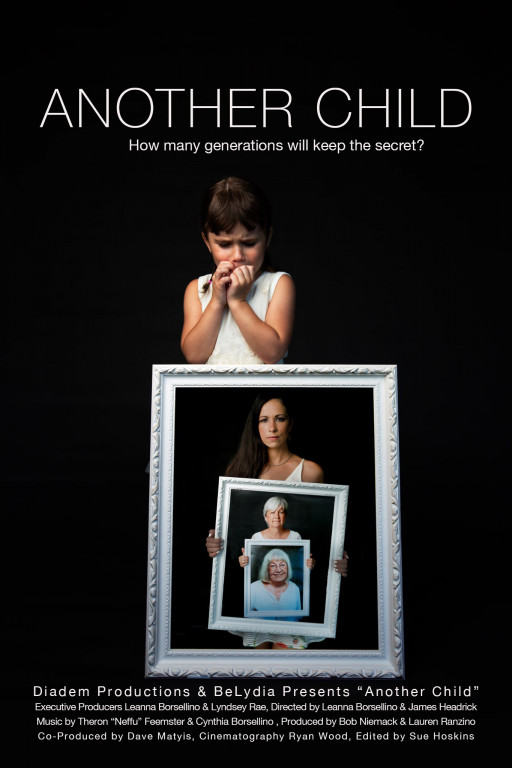 Poster - ANOTHER CHILD
Poster for the release of ANOTHER CHILD, a powerfully revealing documentary showcasing one family's experience with generational child sexual abuse.

Indie film leader Random Media and Diadem Productions proudly announce the debut of ANOTHER CHILD, a powerfully revealing documentary showcasing one family's experience with generational child sexual abuse. The film follows the life of filmmaker Leanna Borsellino - a brave and honest tale that reveals the complexity of human sexuality and intimate family secrets. It's a cautionary tale, a valuable guide to understanding predatory relationships.

From the time she was 3, Leanna knew what her cousin did to her body behind closed doors was wrong. Still, his powerful threats kept her from telling anyone. At the age of 6, she finally tried to tell her mother, but the shocking response caused Leanna to shut herself off from her mother and to remain silent about the ongoing abuse. ANOTHER CHILD is director Leanna Borsellino's attempt to unravel a confusing maze of emotion, religion, sexuality, and secret family history to understand why her mother failed to protect her from her abuser.

When Leanna finds a hidden box of her mother Cyndi's letters and photos, she discovers important clues into Cyndi's motivations. Cyndi is frank about her own traumas, and it inspires a fresh start for them both. Now a team, Leanna and Cyndi set out across the country to rediscover their true selves. Visiting the scenes of each of their sexual abuse experiences, they relive together the memory of those traumatic events. Then, in their final attempt to right some wrongs, they confront three generations of family members, in hopes of laying bare the truth and reaching a place of healing.

Logline/Short Synopsis: In a tale of twisted sex, religion and family, two women try to end a curse that has plagued their family for generations.

Original Source: How Many Generations Will Keep the Secret? Random Media Announces the Worldwide Digital Debut of 'ANOTHER CHILD'