Global energy storage deployments are expected to nearly triple year-over-year in 2021, reaching 12 GW/28 GWh, according to a report by Wood Mackenzie.

Wood Mackenzie's Global Energy Storage Outlook forecasts nearly 1 TWh of total demand from 2021-2030, with the U.S. and China dominating the market. The two countries will account for over 70% of total global installed energy storage capacity through 2030, the report notes.

“Moves to accelerate the decarbonization of the US and Chinese power sectors are gaining pace and provide the foundation of our global market forecast," Wood Mackenzie senior research analyst Xu Le said.

The report credited the investment tax credit for solar+storage projects for supercharging demand in the U.S. -- adding that budget reconciliation, and an ITC for standalone storage, would send demand even higher over the next 10 years. 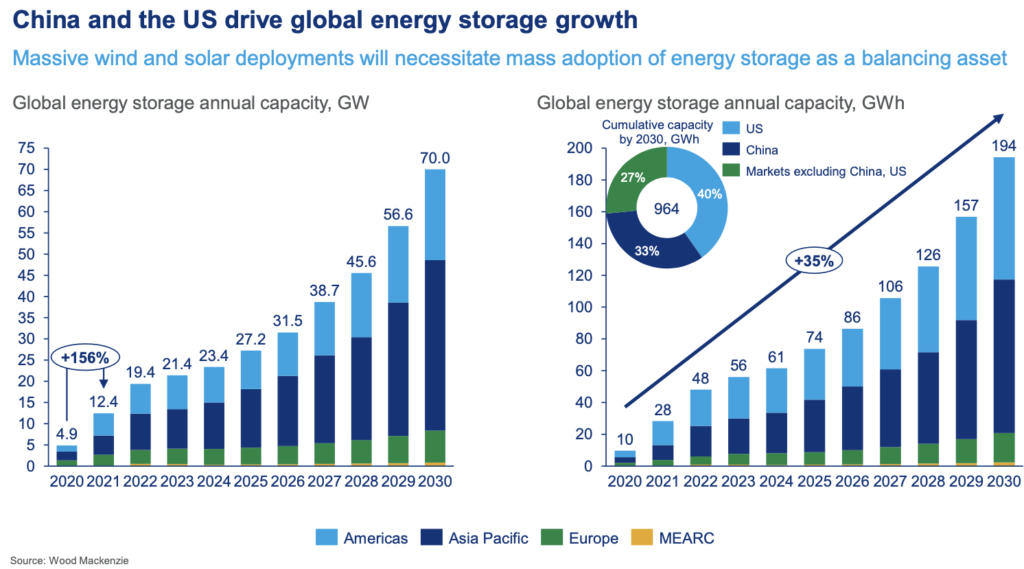 Meanwhile, global lithium-ion battery manufacturing capacity is expected to double in the next two years-- Asia Pacific accounted for 81% of the growth in global capacity in 2020.

In February, Canada's Li-Cycle, a lithium-ion battery recycling company, announced it would be listed on the NYSE via a SPAC transaction, valued at $1.67 billion. Li-Cycle is able to recover more than 90% of the most valuable elements from lithium-ion batteries, such as cobalt, nickel, lithium, and copper.

Energy storage and battery recycling are part of the content being offered at both POWERGEN International and DISTRIBUTECH, co-located Jan. 26-28 in Dallas. Registration is now open for POWERGEN.