By: Latest Press Releases from Newswire.com
Effective as of September 1, 2021, Lone Star Overnight has expanded its service territory for e-commerce and ground parcel delivery into five additional states. 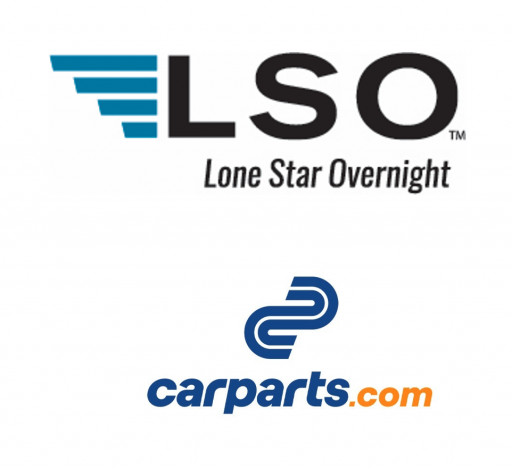 As the leading regional parcel delivery company in the Southwest, Lone Star Overnight (LSO) has expanded its footprint to five additional states, including Louisiana, Arkansas, Missouri, Illinois, and Kansas, effective as of September 1, 2021. CarParts.com, Inc. (NASDAQ: PRTS) ("CarParts.com"), a leading e-commerce provider of automotive parts and accessories, has leveraged LSO's services to deliver products to its customers. CarParts.com is dedicated to getting drivers back on the road quickly, and LSO has played a key role in helping accomplish that goal.

"Since January 2021, CarParts.com has used LSO's services to efficiently reach customers in Texas and Oklahoma," said David Meniane, Chief Financial Officer and Chief Operating Officer of CarParts.com. "We're thrilled to hear about LSO's latest expansion and look forward to growing our partnership as its network expands."

Prior to the expansion, LSO's geographic coverage hadn't changed much during the last 30 years. However, e-commerce and business customers have been strongly encouraging expansions throughout the company's service area. In fact, the drumbeat is louder from customers who are eager to expand their shipping services instead of just depending on larger carriers.

"What we hear from our customers is that they're tired of uncertainty from national carriers and seeing their rates change season by season and depending on what kind of items they ship," said Richard Metzler, chief executive officer of LSO. "They want the reliability and flexibility that we can provide, and we know that expanding our territory will have new customers pounding on our doors for LSO's industry-best pricing and service."

Today, LSO's service area includes 100% of Texas zip codes and nearly two-thirds of the Oklahoma population and can reach approximately 32 million people. This expansion will increase the company's overall parcel delivery coverage by more than one-third to a total population reach of approximately 43 million people and a similarly large percentage of e-commerce orders and the gross domestic product of those areas.

Lone Star Overnight (LSO™) is headquartered in Austin, TX, and over the last 30 years has become a leading regional parcel delivery company. LSO has a network of 27 operating locations throughout the Southwest and Central regions. Coverage area includes 100% of the population of Texas, ~65% in Oklahoma, ~80% in Louisiana and Missouri, and ~45% in Arkansas. LSO reach extends into parts of Kansas, Illinois and New Mexico. LSO can deliver to ~13% of the USA population consisting of ~43 million people and potential e-commerce shoppers.

With more than 25 years of experience and over 50 million parts delivered, CarParts.com has streamlined its website and sourcing network to better serve the way drivers get the parts they need. Utilizing the latest technologies and design principles, it has created an easy-to-use, mobile-friendly shopping experience that, alongside its own nationwide distribution network, cuts out the brick-and-mortar supply chain costs and provides quality parts at a budget-friendly price. To learn more, visit www.CarParts.com.