By: Latest Press Releases from Newswire.com
What if everything we know about an incurable condition was challenged in an instant? 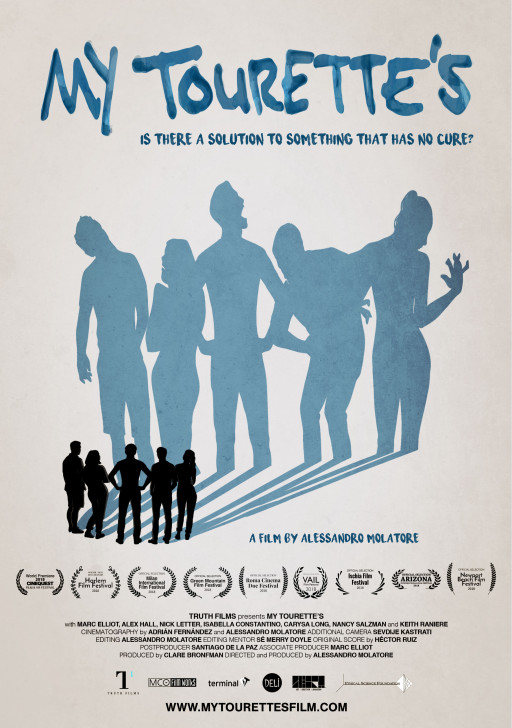 "My Tourette's" is award-winning filmmaker Alessandro Molatore's compassionate documentary about five young Americans confronting their severe Tourette's Syndrome. They took part in a non-clinical study that dramatically impacted their Tourette's symptoms and, as a result, improved their quality of life. The My Tourette's film raises questions about what's possible and our understanding of the neurological disorder.

The film is available now to watch free at YouTube: https://youtu.be/HId0uJd6MRs

Tourette's Syndrome is considered an incurable, genetic, neurological disorder, which manifests in involuntary motor and vocal tics. It afflicts three out of every 1000 children between 6 and 17 in the United States, the CDC says.

This beautiful and moving film was produced in 2017, featuring "talk therapy" techniques developed by Keith Raniere and Nancy Salzman. Production wrapped before their recent convictions for Federal racketeering crimes. Raniere maintains his innocence and claims his techniques are a legitimate self-help life coaching technology with useful and novel teachings. Raniere's lawyers plan to appeal his conviction which is due to be filed this year.

Prosecutor Mark Lesko, now acting-US Attorney for the Eastern District of New York, objected to the topic of the film being discussed at Raniere's trial, saying, "This is … completely irrelevant…  It's an attempt to try to show that the defendant was involved in good things that are completely irrelevant from what we are talking about in this case."

Except for screenings at film festivals, the documentary has been unavailable to the public. Until now. This is the first time the film will be widely available at no cost on YouTube.

A film about perception, perseverance, and the power of the human mind. See their remarkable story in My Tourette's. Available now at YouTube: https://youtu.be/HId0uJd6MRs