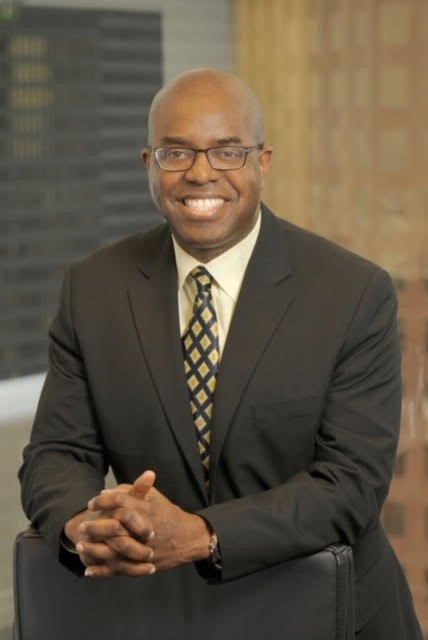 While inclusion with the International Association of Top Professionals is an honor in itself, only 1 Chief Financial Officer is chosen for this distinction. Lincoln is being recognized for having close to 3 decades of professional experience in finance. IAOTP is incredibly honored to acknowledge Mr. Greenidge for all of his success and dedication. He will receive the Top Chief Financial Officer of the Decade Award at IAOTP’s Annual Awards Gala.  www.iaotp.com/award-gala

The President of IAOTP, Stephanie Cirami, stated “Choosing Mr. Greenidge for this award was an easy decision for our panel to make.  He has been an effective leader with a strong entrepreneurial drive, is highly skilled in finance and is a genuine philanthropist, always seeking to see others succeed. We are thrilled to be honoring Mr. Greenidge in this way. We look forward to celebrating all of his success with him at the Annual Awards Gala.”

Originally from St. Lucia, Lincoln knew at a very young age he wanted to work in finance. After working at the National Commercial bank of St. Lucia he migrated to Ottawa, Canada, where he received his Business Administration diploma from Algonquin College and completed his 4-year B.Comm degree majoring in Accounting, from  the University of Ottawa, where he graduated with honors.  He then went on to obtain his designation as a CPA, while working with Coopers & Lybrand (now PricewaterhousCoopers).

Lincoln’s business ventures have led him to his latest project to enrich the world through TrenZmedia showcasing the richness of diversity through many forms including culture, dance, music, food, and clothing.

Recently, Lincoln shared that his another one of his projects will be to create a centre of excellence in Finance, as from his experience he has seen a significant decline in the knowledge of many finance professionals with regards to the fundamentals of accounting, business, and overall finance.  This project will provide clients with the comfort that meeting their expectations and ensuring that the focus on meeting the needs of customers while generating positive cash flow is at the forefront of everything they do to sustain a viable business.

Throughout his illustrious career, Lincoln has been recognized worldwide and has received numerous awards and accolades for his outstanding leadership and commitment to finance. This year he is being considered for an exclusive interview on TIP Radio. In 2019 he was named Business Innovator of the Year by the International Association of Top Professionals. Lincoln was featured in TIP Magazine in 2018 and he received the prestigious Lifetime Achievement Award from IAOTP in 2017.  Back in 2016 Lincoln was named Top CFO of the Year by IAOTP. In addition to his successful career, Lincoln is also a passionate writer and has authored numerous articles which are published on LinkedIn and other publications.

On a personal level in Lincoln’s family life, his son (Tyler) who is soon to be 14 years old, at 21 months was diagnosed with a rare form of cancer called bilateral retinoblastoma (eye cancer).  As a result of this diagnosis, his son’s left eye was replaced with a prosthetic eye, leaving Tyler without sight in his left eye and with limited peripheral vision.  After the surgery, Tyler underwent chemotherapy to address the cancer tumors which were still alive in his right eye.  After much chemotherapy sessions the cancer was under control.  A year after that, Lincoln’s son was also diagnosed with Autism.  To date, there has been much improvement and he remains hopeful that his son will continue to overcome any obstacle.  Lincoln and his wife feel they have been blessed to have two wonderful children with Tyler being their genius son and Alyssa, their daughter, having the voice of an angel, who will be releasing her first single this year.  Lincoln says that Alyssa takes by her mother for having such a beautiful voice, and by Lincoln’s father for having also developed admirable musical instrumental talents.

Lincoln has said that if he has overcome any battles, such battles are minor compared to what he has seen others go through.  A quote that remains with him every day, which was passed on by his cousin Jenny, is this “I grumbled when I had no shoes, then I met a man with no feet”.  We are all blessed, if we look at the positive in life, rather than the negative.

Lincoln continues to look forward to sharing his learnings with others as he finds great joy in seeing others succeed and fulfill their purpose and potential.

The post Lincoln Greenidge selected as Top Chief Financial Officer of the Decade by (IAOTP) first appeared on PRUnderground.