3 Cyclical Stocks To Watch Before October 2021

By: StockMarket.com
Check Out These Top Cyclical Stocks In The Stock Market Today

Even with the recent pressures on the broader stock market now, cyclical stocks remain a viable play for investors. For newer investors wondering what are cyclical stocks, the name says it all. Simply put, cyclical stocks primarily follow the flow of the economy. This ranges from industrial manufacturers and financial service providers to consumer discretionary industries. On that note, cyclicals continue to gain momentum despite the seemingly less-than-ideal market conditions now.

For the most part, this appears to be the case given Federal Reserve Chair Jerome Powell’s recent remarks. In a statement to be delivered to Washington legislators today, he highlights that economic growth is keeping pace. This would be even with the current “upward price pressures” weighing in on supply chains globally. Supporting this outlook, durable good sales figures for August came in strong yesterday. Namely, bookings for all durable goods surged by 1.8% versus economist estimates of 0.7%, marking its sixth month of consecutive gains. This would be in line with the August retail sales figures that also smashed estimates earlier this month. With all these factors in mind, investors could be eyeing the best cyclical stocks in the stock market today.

At the same time, some of the biggest names in the cyclical space continue to make headlines. Earlier today, Mastercard (NYSE: MA) announced its latest offering, Mastercard Installments, for customers in the U.S., Australia, and U.K. As the name suggests, this marks the company’s entry into the booming ‘buy now, pay later’ market. Elsewhere, companies in the airline industry are gaining momentum as well. Boeing (NYSE: BA) sees aircraft demand in China rising, with a value of $1.47 trillion over the next 20 years. Should all this have you keen on cyclical stocks now, here are three to consider.

To begin, we have JPMorgan Chase & Co, a multinational investment bank and financial services company with headquarters in New York City. It has operations worldwide and has $3.7 trillion in assets under its belt. The company is a leader in investment banking and financial services for both consumers and small businesses. Notably, it is also one of the largest lenders to the fossil fuel industry and is also one of the Big Four banks. JPM stock currently trades at $165.83 as of 2:12 p.m. ET and is up by over 70% in the past year alone.

Recently, the company announced that it had hired Alok Matapurkar from the Bank of America (NYSE: BAC) to join its technology investment banking group. Matapurkar will be based in New York and focus on advising companies in the technology services sector. Separately, JPMorgan is making equity investments in 10 minority-led financial institutions, acquiring stakes with a total value of more than $60 million. Recipients will use the investment to scale up existing businesses, including small-business lending, first-time homebuyer counseling, and down payment assistance.

Furthermore, according to Bloomberg, the 10 banks will also become JPMorgan clients and receive special training and advice. The bank says that the investment products it developed for Black-owned banks earlier this year have surpassed $5 billion in assets under management. Last but not least, the company also declared a quarterly dividend of $1.00 per share for its common stock. This is an increase from the prior quarterly dividend of $0.90 per share and will be payable on October 31, 2021. All things considered, is this the time to invest in JPM stock? 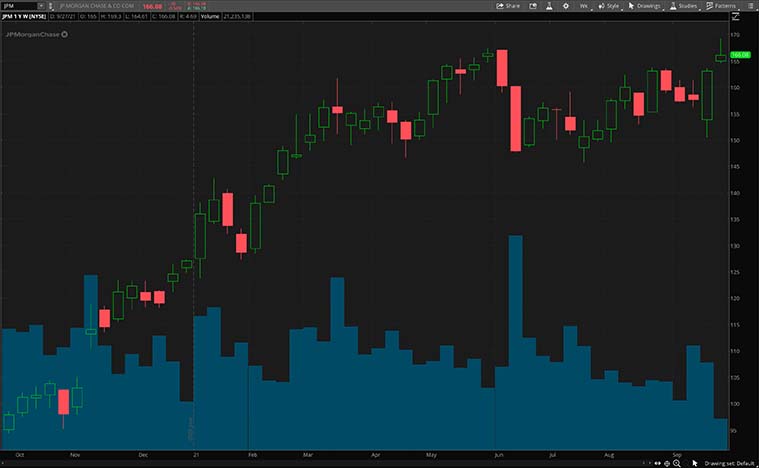 ExxonMobil is an oil and gas corporation that is one of the largest publicly traded international energy companies in the world. In fact, it holds an industry-leading inventory of resources and is one of the biggest refiners of petroleum products in the world. Its next-generation technologies continue to help meet energy demands all around the globe. XOM stock currently trades at $59.91 as of 2:12 p.m. ET.

Given that oil markets continue to climb for the sixth day, boosted by a tighter supply and firm demand outlook, should investors turn to oil and gas companies like Exxon Mobil? Also, Brent oil is now above $80 a barrel, the highest since October 2018. Following that, Goldman Sachs (NYSE: GS) analyst Neil Mehta seems to be bullish on oil companies like ConocoPhillips (NYSE: COP) and ExxonMobil as well. The analyst is even more optimistic on ExxonMobil given that it has endured a challenging year and believes that the stock has a premium valuation, justified by a strong asset base and historical trading patterns.

Earlier in the month, the company announced that it had made a discovery at Pinktail in the Stabroek Block offshore Guyana. The discovery will add to the previous recoverable resource estimate of approximately 9 billion oil-equivalent barrels. Furthermore, these discoveries are part of an extensive well program that utilizes six drillships to test plan extensions and new concepts. Given this impressive piece of news, will you consider adding XOM stock to your portfolio? 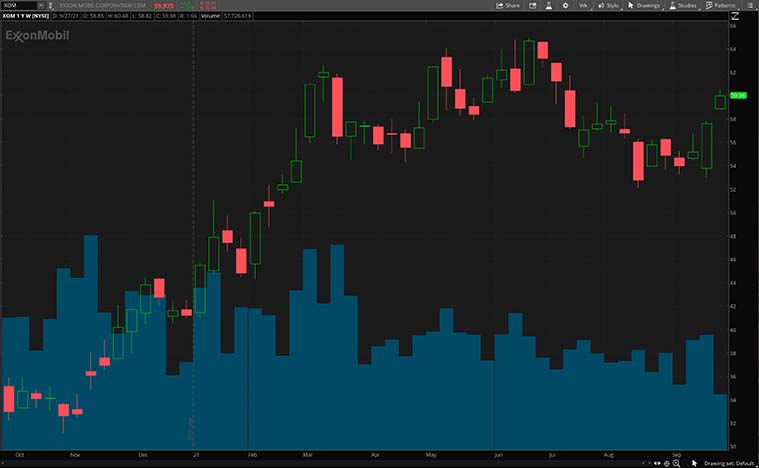 Another name to consider among cyclical stocks today would be Thor Industries. For the uninitiated, Thor is an Indiana-based company that primarily manufactures and markets recreational vehicles (RVs). In fact, it is the largest manufacturer of RVs globally. Through Thor, consumers have access to towable and motorized RVs. The likes of which are offered via the company’s wide array of subsidiary brands. This includes but is not limited to its Airstream, Heartland RV, Jayco, and Livin Lite RV divisions. More importantly, THO stock is now in focus thanks to the company’s latest earnings release.

Earlier today, the company posted record figures in its fourth fiscal quarter report. In it, Thor saw an earnings per share of $4.12, smashing analyst estimates of $2.92. Year-over-year, this would indicate a massive 92.5% surge. Additionally, the company’s total net sales for the quarter came in at $3.59 billion, marking a sizable 54.6% increase. According to CEO Bob Martin, these fourth-quarter results add up to make it Thor’s most profitable year. As a result, THO stock now trades at $120.78 as of 2:13 p.m. ET after gaining by 9.13% after today’s opening bell.

By and large, Martin cites sustained demand for the company’s RVs as backlog orders reach record highs. Said backlog adds up to a total value of $16.86 billion as of July 31 this year. Given the viability of Thor’s offerings amidst the current pandemic, some would argue that THO stock has more room to grow moving forward. Would you say the same? 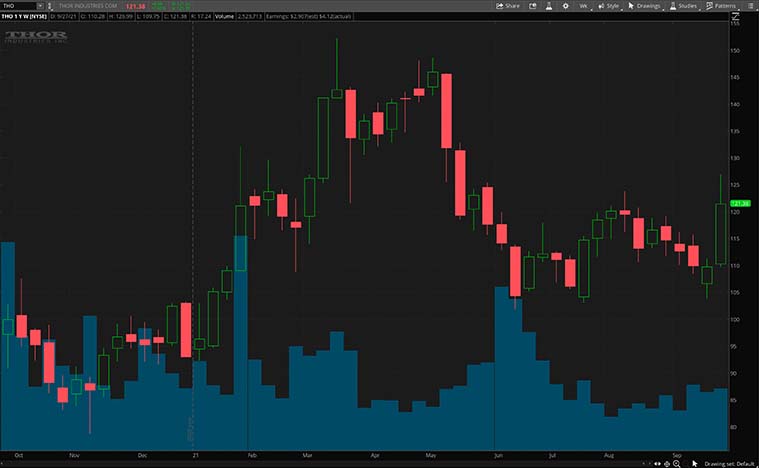