U.S. climate goals require a ‘grid of the future’ now

By: Green Power RSS Feed
The U.S. needs a grid of the future, now, to meet the goals of the Paris Climate Agreement and continue the rapid deployment of renewable energy assets, according to developers and industry experts.
Follow @EngelsAngle

During this Climate Week, and the upcoming COP26 climate summit of world leaders, corporations will make pledges to decarbonize and policymakers will up the ante on the urgency to transition away from fossil fuels to clean, renewable energy to address threats posed by climate change.

But the U.S. needs a grid of the future, now, to meet the goals of the Paris Climate Agreement and continue the rapid deployment of renewable energy assets, according to developers and industry experts.

The bipartisan infrastructure bill working its way through the U.S. Congress is a start but doesn't go far enough, according to the World Resources Institute. While the bill includes $27 billion in grid spending between 2022 and 2026, $360 billion in transmission investments are required to deploy 600 GW of new wind and solar by 2030. President Biden's goal of generating 45% of American electricity from solar by 2050 calls for 30 GW of new solar capacity to be added each year until 2025, increasing to 60 GW each year from 2025-2050.

According to Black and Veatch, 60% of U.S. distribution lines have surpassed their 50-year life expectancy. The Brattle Group, meanwhile, estimates $1.5-2 trillion will have to be spent by 2030 to maintain reliability.

"These more than $27 billion in investments are significant and would advance the grid and transmission improvements that a clean energy transition requires, but there is more needed to modernize this critical part of power infrastructure," WRI analysts wrote. "The Infrastructure Investment and Jobs Act falls tens of billions of dollars short of the scale of investment proposed in the American Jobs Plan, and the hundreds of billions of federal and private funds needed to prepare transmission systems to meet the nation’s low-carbon goals."

Transmission and distribution deficiencies are chief concerns for renewable energy developers, especially as recent studies indicate that they are unfairly burdened with upgrade costs.

"We certainly haven't maxed out the ability of the grid, but we've really started to put some pressure on it."

Prescott said that federal investment must be coupled with a philosophical change of mindset in how the grid is designed. That means planning new transmission and distribution infrastructure around the best wind and solar resources, with the knowledge that there's going to be a larger share of distributed resources and flexible load.

"In many ways, the transmission planning and interconnection of utility-scale renewables is still stuck philosophically in the past," he said. "It's a large hub and spoke system that foresees a very small number of large generators connecting to the grid every single year; those large generators paying for a substantial amount of new transmission infrastructure. That's just not really how the grid is being built right now." 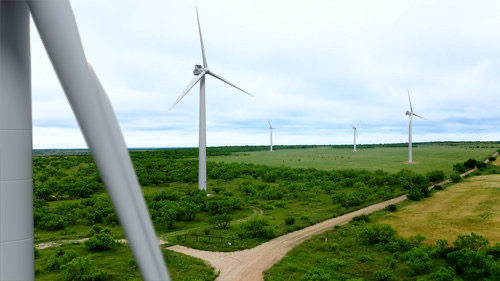 The Federal Energy Regulatory Commission, in addition to Congress, could take sizeable steps to create the grid of the 21st century, experts say.

Joshua Rhodes, a research associate at the University of Texas Energy Institute, believes federal leaders could empower FERC to site interstate transmission lines, as they do with oil and gas pipelines, to streamline upgrades.

"The grid will need trillions of dollars of investment just to maintain the status quo, and even more to evolve to where we need it to go," Rhodes told Renewable Energy World. "Grid investment has always been a more local affair, but the federal government can help by providing seed funding and grants to nudge the development of the grid to a better place."