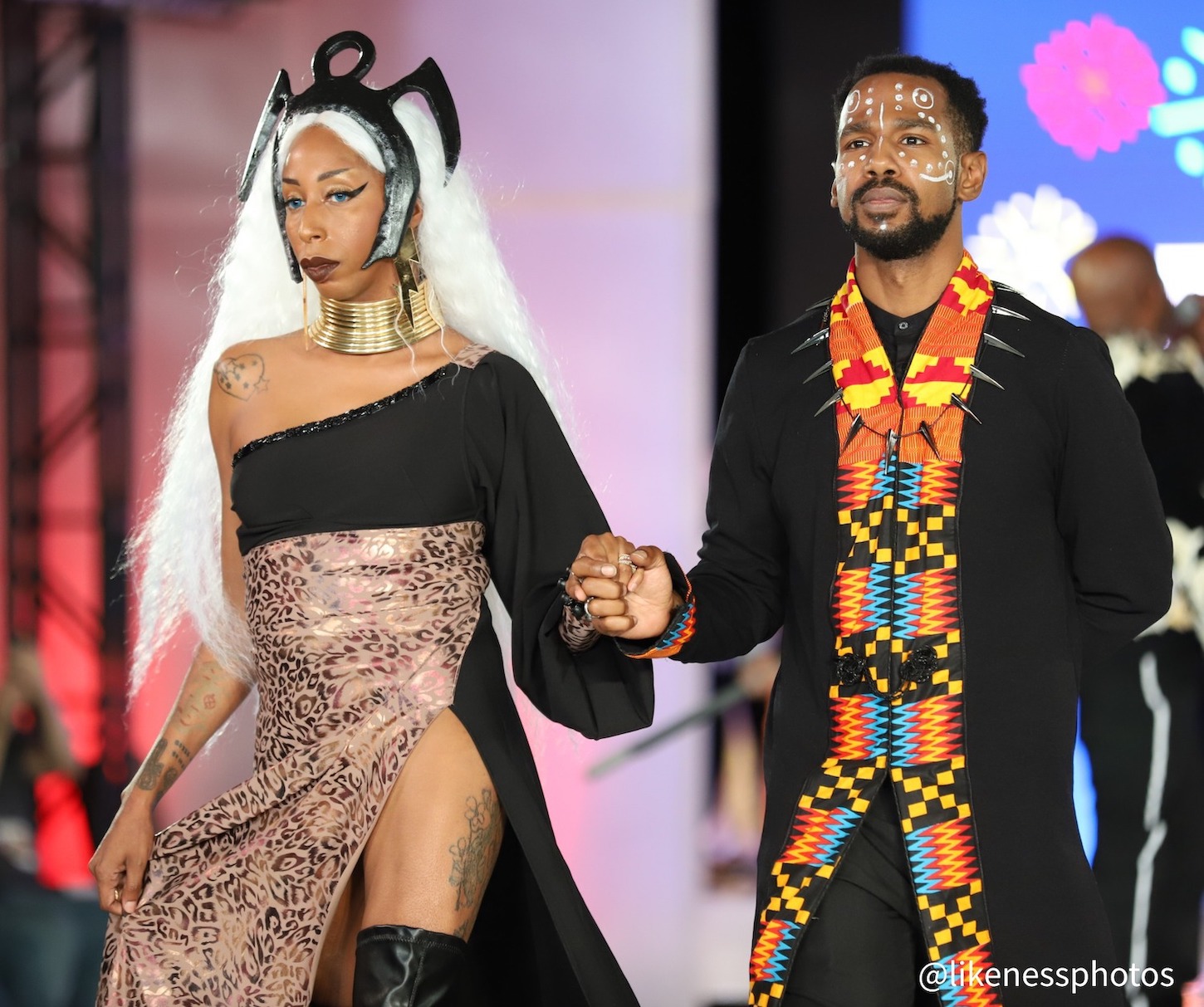 New York Fashion Week was back this past week and while many shows sought to convey the notion that coming back is a cause for celebration, COSMODA’s Cosplay Runway reminded us that fashion is a vehicle for message and meaning.

NYFW is a magical, yet chaotic, phenomenon where all the disparate pieces of the fashion industry come together. Having it’s earliest roots as a B2B, it is no longer about the seasonal offerings for retail buyers ordering wares to be sold all over the world, but instead, it has become a cultural zeitgeist that is somewhat less than religion but far more than mere entertainment. Teams of producers, curators, videographers, editors, models, stylists and designers all join forces to create impactful visual moments, providing content that will proclaim uniqueness and give visibility to brands in a competitive marketplace. This year’s COVID-truncated schedule provided a unique snap shot of the state of industry by ending with the penultimate event in forward thinking fashion- The Met Gala. This year, the Gala, usually in May, was themed: “America: A Lexicon of Fashion” and this was interpreted by the many celebrities in attendance wearing a wide array and variation of clothes and costume showing off the myriad directions of fashion over the years. Some of the looks were more subdued and less obvious, but it was clear that although this was meant to be a retrospective, the event’s observations about national identify are rooted in current concerns.  As Andrew Bolton, curator of the Met’s Costume Institute stated, “There’s no art form that addresses the politics of identity more than fashion.”

Bolton claims that inspiration from America is like a quilt of many patches; many pieces of different colors and sizes are woven together in a common thread. Those in attendance treated it as showcase of sensibility, showing off outfits that reflected iconic American symbols and captured the essence of the American experience: assimilation, with a blended mosaic of the oft-referred to melting pot. “The beauty of American fashion is its heterogeneity,” says Bolton.

Enter COSMODA and The Cosplay Runway that debuted on September 11th during NYFW and provided a combination of fantasy and fashion, reflecting a celebratory tone that was both daring and diverse. The packed house, something of an anomaly itself in the face of the ongoing Covid-19 pandemic, witnessed an inclusive catwalk filled with amateur and professional cosplayers in various self-crafted outfits depicting characters from mainstream pop-culture as well as fashion designers indulging their imagination with interpretations of the same. The stakes were high, but realizing the background of the creators and producers, it makes sense that they are the ones to make this work in the age of gender fluidity, size acceptance and non-conformist looks that dominate the runways and are so prevalent in the industry today.

The event was historic in that no NYFW catwalk has married fashion and cosplay at this high level before. Most cosplayers enjoy parading their creations through the aisles and lobbies of comic cons and while many feature “Cosplay Fashion Shows” none offer the professional treatment of a Runway during New York Fashion Week.  The show’s curator and co-founder Catherine Schuller, has long been known for her Runway the Real Way themed fashion events, highlighting diversity, inclusivity, accessibility and sustainability has now branched into an area that elevates her secret identity. “Many people don’t know I am the widow of the legendary Marvel writer and editor, Mark Gruenwald who, amongst other achievements, had the longest tenure as a writer for Captain America and was called by Comic Demi-God Stan Lee “The Heart and Soul of Marvel Comics”. His untimely death some 25 years ago left a giant hole in the comic book world and Catherine as his legacy advocate is seeking to provide a platform for his contributions to be appreciated and revered. Along with popular arts stalwart and comic industry cross-over specialist Daniel Hort they have created something that not only serves as an homage to her late husband, but offers a unique marriage of fashion and comics.

With this in the background, COSMODA is an introduction to a fashion sensibility that will likely be seen on Runways and at Fashion Weeks all over the world. In a nutshell, they put a fantastical aspect into the usual fashion lineups and add what they refer to as the “Cosplay Couture” element.

For this show, over 35 Cosplay designer/models were featured along with a series of contemporary fashion designers integrating looks influenced by some of the most recognizable characters in pop culture. John Ashford of Authentic displayed a dozen of Gruenwald’s more outstanding characters such as The Squadron Supreme, The Serpent Society, Quasar and, of course, Captain America. The creative, yet profound designs offered a forward look at the future and yet, did not lose the nostalgic sensibility inherent in some of these characters.  ThunderLily, known for her robotic wear presented an illuminated twist on Namor the Sub-Mariner, while American Umma fashioned Dr. Strange. Robert E. Knight interpreted a Wakanda themed ensemble with Minika Ko presenting an original design for the protagonist from a new book and series called RNWY Universe, written by Pablo Lopez.

COSMODA specializes in Fashion Week Runways featuring cosplay and fantastic costuming, and is the brainchild of fashion icon Catherine Schuller-Gruenwald and popular arts stalwart Daniel Hort. Schuller-Gruenwald is the widow of Marvel Comics writer/editor Mark Gruenwald, who amongst other things, is the inspiration for the character Mobius M. Mobius played by Owen Wilson in the Disney + series “Loki.”