By: StockMarket.com
Are These The Best Consumer Discretionary Stocks To Invest In Today?

While the broader stock market continues to be under pressure, investors may want to consider looking at consumer discretionary stocks. This would be the case with today’s August retail sales figures gaining by 0.7% versus estimates of a 0.8% decline. As such, I could see the top consumer discretionary stocks in the stock market today being on investors’ radars. Now, even with fears over the pandemic slowing down economic growth efforts globally, the industry remains a viable bet. Accordingly, this is thanks to the diverse range of markets that consumer discretionary companies cover. Overall, this includes stay-at-home sectors like e-commerce and gaming to more conventional sectors like the automotive market.

If anything, consumer demand in general remains at a high. Just yesterday, Weber (NYSE: WEBR) reported seeing a major uptick in orders for its latest portable gas grill. According to CEO Chris Scherzinger, the company is “barely keeping up with the demand”. As a result, Weber reported yet another record quarter in terms of revenue. Meanwhile, retailers like Walmart (NYSE: WMT) are also aggressively expanding their market share today. According to a research note from investment bank Deutsche Bank (NYSE: DB), the company’s Walmart+ subscription service boasts a subscriber base of 32 million. As consumer discretionaries continues to gain momentum, could one of these consumer discretionary stocks be worth jumping on now?

GameStop is a consumer discretionary stock that focuses on consumer electronics and video game retail. In fact, it is one of the biggest video game retailers in the world and boasts over thousands of stores worldwide. The company also boasts an impressive e-commerce platform. In 2021, the company’s stock price skyrocketed due to a short squeeze orchestrated by retail investors, kicking off the meme stock craze that continues to sweep the market. GME stock currently trades at $207.31 as of 10:19 a.m. ET and has enjoyed year-to-date gains of over 950%.

Last week, the company reported its second-quarter financials for 2021. Notably, it generated net sales of $1.183 billion during the quarter, up by 25.5% year-over-year. GameStop also ended the quarter with $1.78 billion in cash. 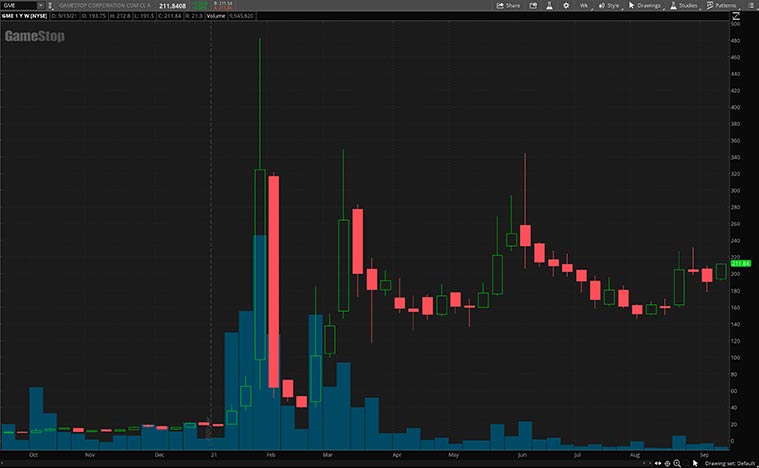 Next up, we have Amazon, a multinational conglomerate that focuses on e-commerce, digital streaming, and cloud computing. The company is known for its disruption of well-established industries through technological innovation and mass scale. In fact, it is now one of the largest online marketplaces in the world. Its streaming service Amazon Prime Video and Twitch are its go-to services for entertainment and is used by millions of people. AMZN stock currently trades at $3,456.54 as of 10:19 a.m. ET.

Yesterday, the company announced that it will be partnering with Deliveroo to offer its Prime customers free delivery on takeout orders over a certain amount for a year. It has over millions of Amazon Prime members in the U.K. and Ireland will get access to the lower tier of the Deliveroo Plus service. The partnership comes after regulators at the Competition and Markets Authority investigated Amazon’s investment in Deliveroo to see if it presented any competition concerns. Given this exciting piece of news, is AMZN stock worth buying right now? 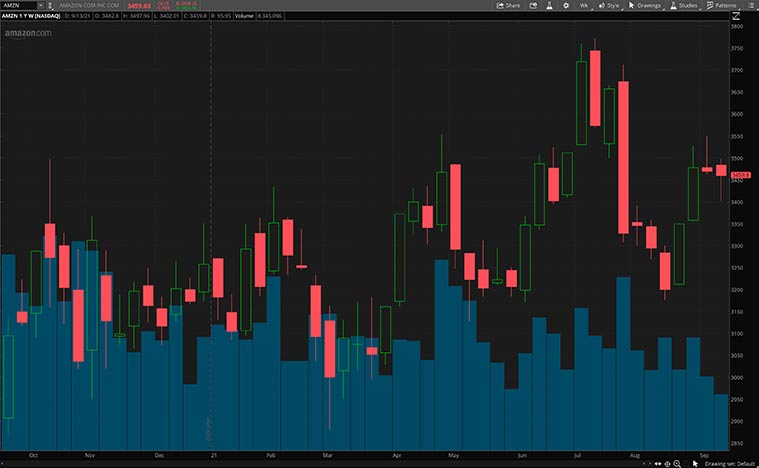 Marine Products Corporation is a company that manufactures and distributes its premium-branded Chaparral luxury sterndrive and outboard boats. The company sells its products to a network of 170 domestic and 86 international independent authorized dealers. It is also a leading manufacturer of recreational powerboats for sale to a broad range of consumers worldwide. MPX stock currently trades $14.00 apiece as of 10:19 a.m. ET.

In late July, the company reported its second-quarter financials. Firstly, it generated net sales of $67.26 million, increasing by 64.8% compared to a year earlier. Secondly, it enjoyed an increase in unit sales for all of its product categories due to continued high dealer and retail demand during the quarter. Gross profit also increased by a whopping 86.5% year-over-year at $14.61 million. All things considered, will you add MPX stock to your portfolio? 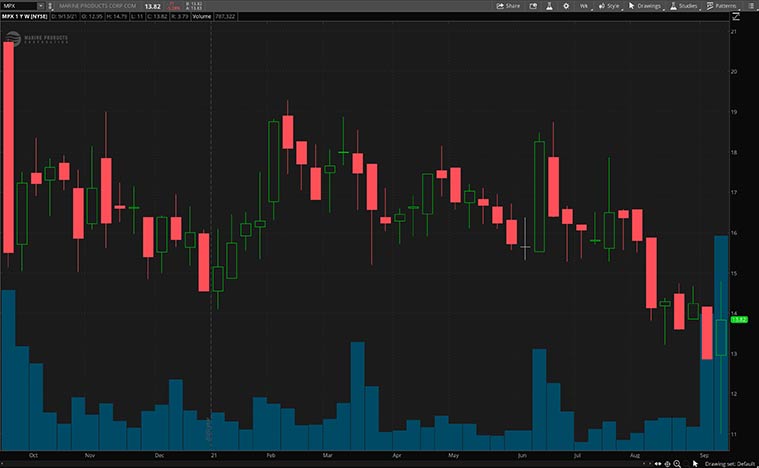 Following that, we will be taking a look at DoorDash. For the most part, the California-based company primarily operates via its online food delivery platform of the same name. By DoorDash’s estimates, its delivery network consists of over 450,000 merchants, 20 million consumers, and 1 million employees. The likes of which span the U.S., Canada, Australia, and Japan. With DoorDash’s services becoming more vital than ever amidst the current pandemic, DASH stock would be in focus.

Now, DASH stock currently trades at $223.46 as of 10:20 a.m. ET. This would be after gaining by over 50% year-to-date. Notably, I could see this trend continue given the latest update regarding the company’s shares. Earlier today, Bank of America (NYSE: BAC) upgraded DASH stock to a Buy rating. Analyst Michael McGovern cites a “robust 5-year growth opportunity” for DoorDash driven by “the rapid shift of local commerce to delivery via mobile apps”. Given all of this, will you be investing in DASH stock now?

Last but not least, we have Dutch Bros Coffee (BROS). In brief, BROS identifies as a high-growth operator and franchisor of drive-thru coffee shops. The company offers a vast array of unique and highly customizable cold and hot beverages. With over 450 locations across 11 U.S. states, BROS would be an upcoming name in the beverage industry now. 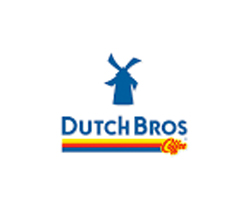 More importantly, the company just went public this week and currently trades at $47.44 as of 10:23 a.m. ET. In detail, the company began trading on the New York Stock Exchange on Wednesday. Its share prices skyrocketed out the gate by 48% to a value of $34.01.

Because of this, the company hit a valuation of about $5.6 billion. Overall, time will tell if BROS can find its footing in the U.S. beverage industry. For now, at least, investors appear to be bullish on BROS stock given its current price point. Would you share the same sentiment?