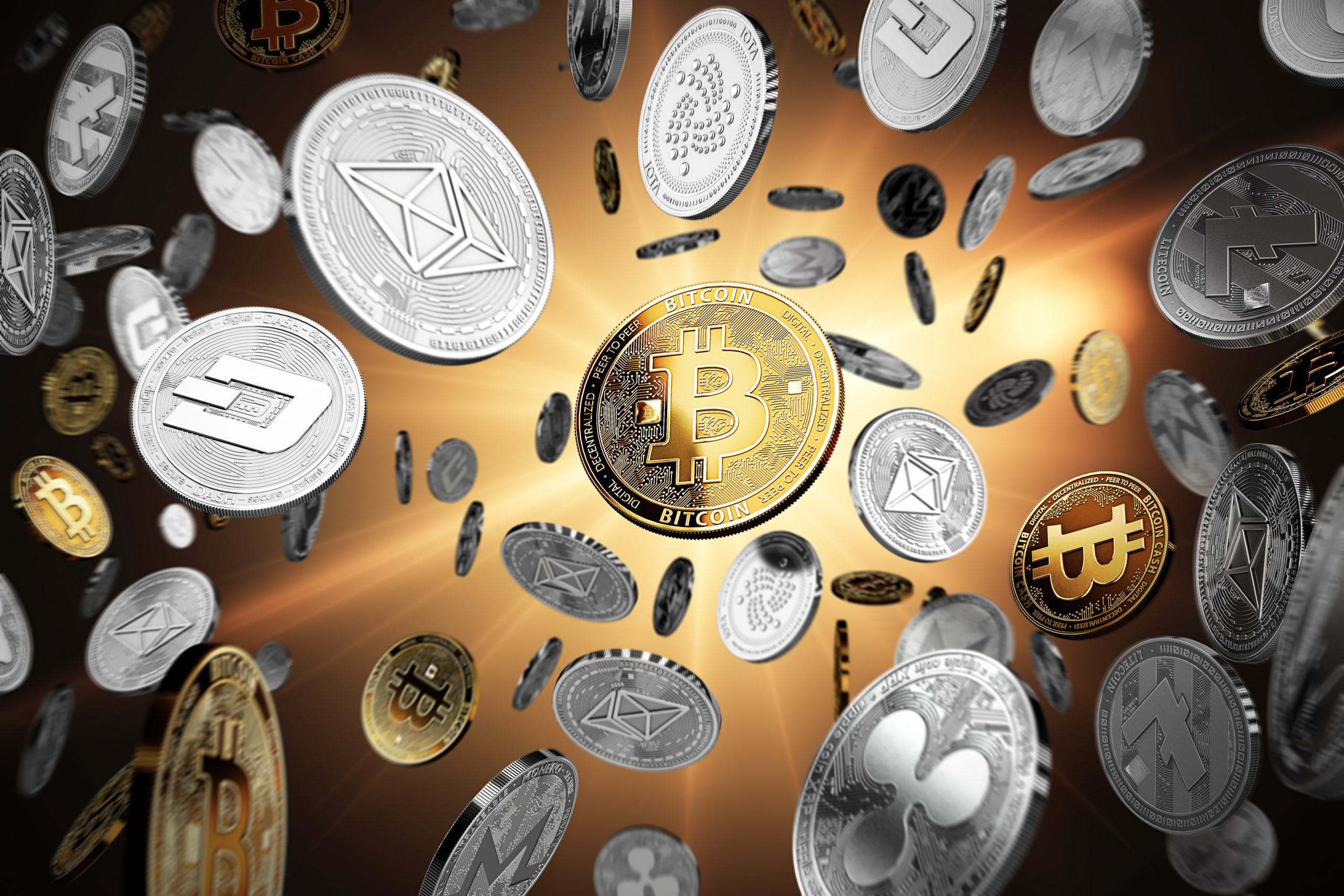 Cardano ADA/USD is a proof-of-stake (PoS) public blockchain platform which is open-sourced and decentralized and can facilitate peer-to-peer transactions with ADA.

Solana SOL/USD is a platform that fills the role of a foundation for decentralized applications (dApps), which improves their scalability, and SOL has seen an increase in its trading volume by 22%.

Polkadot DOT/USD is an open-source sharding multichain protocol and facilitates cross-chain transfers of any data or asset types, making different blockchains interoperable with each other. DOT has seen an increase in trading volume by 83%.

Should you buy Cardano (ADA)? 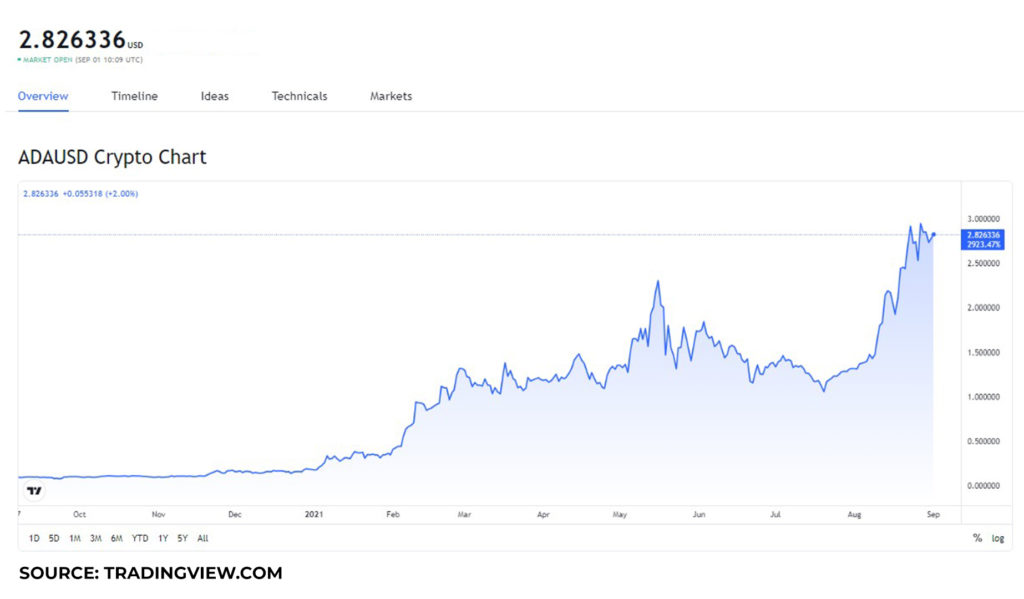 To get a clearer image of this price range, we will be comparing it to its all-time highest value as well as its recent price fluctuations.

This being the case, ADA is a good buy in September, as it has the potential to climb over it’s all-time high up to $3 by the end of September. 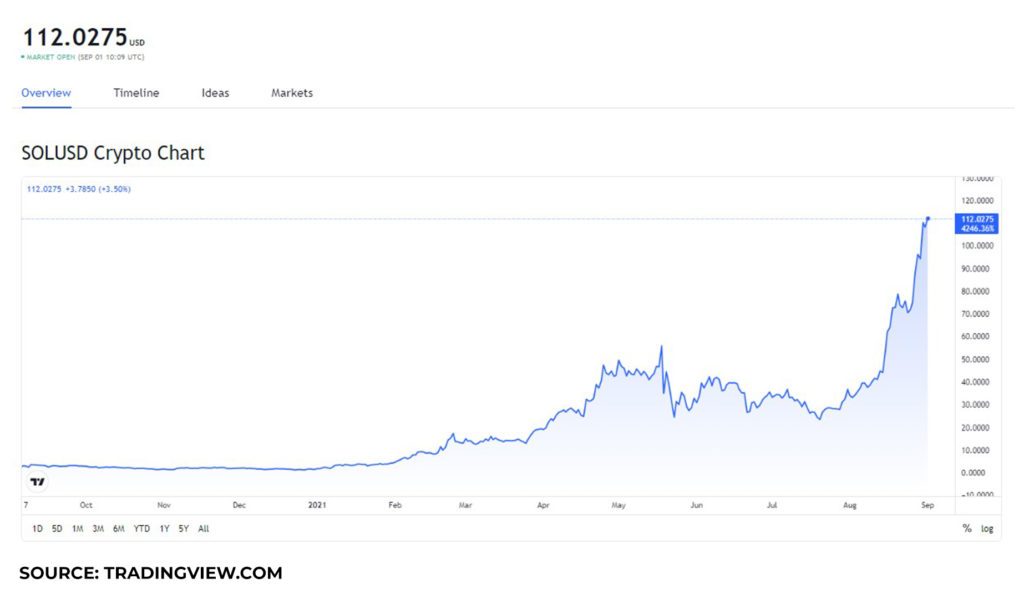 To get a better perspective as to what kind of value this is for the token, we’ll be analyzing its all-time high alongside its recent performance in August.

SOL’s all-time high was on August 31, where it got up to an all-time high value of $128. This made the token just 14% higher in value than its value on September 1.

On August 3, the value of Solana fell to $33.23, which was its lowest price point of the month. One of the highest points that it got to throughout the span of August was on August 31, where it had a value of $128.

Should you buy Polkadot (DOT)? 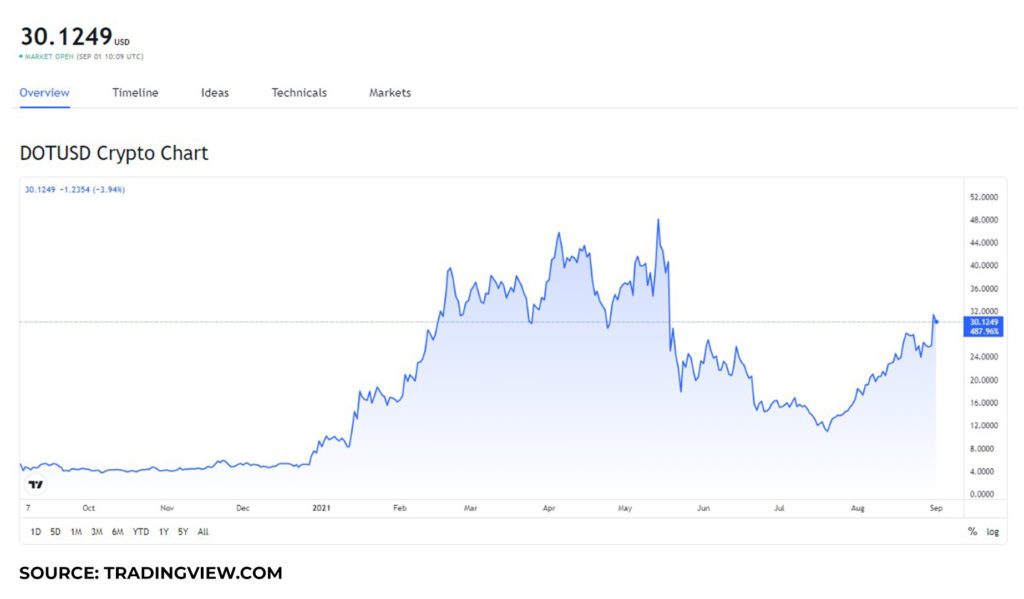 While it has showcased recent growth in terms of value, we will be going over its performance in August as well as its all-time high-value point to get a better perspective about its performance.

Here, we can see that the token’s value climbed by 80% throughout the span of the month.

This being the case, DOT is worth buying due to the fact that it has the potential to increase up to $35 by the end of the month at this rate.

The post Are ADA, SOL, and DOT a good buy in September 2021? appeared first on Invezz.