On the future of walls, or The Wall

By: TechCrunch
Space may be the endless frontier, but here on Earth, we define space in the modern sense as something enclosed. Walls, fences and barriers enclose space, define it and make it legible. In fact, the sense of limits is so strong these days with place that we often have to add qualifiers like “open space” […]

Space may be the endless frontier, but here on Earth, we define space in the modern sense as something enclosed. Walls, fences and barriers enclose space, define it and make it legible. In fact, the sense of limits is so strong these days with place that we often have to add qualifiers like “open space” to describe wholly natural environments like parks and forests as places without spatial limits.

While enclosures have been with us for centuries, the barriers they raise have never been so high or politically fraught. In the United States, one of the most controversial aspects of the Trump administration was over the erection of a southern border wall with Mexico. With climate change accelerating and migrants increasing all around the world though, walls are becoming a common occurrence and political tool. Just this week, Greece erected fencing along its border with Turkey in preparation for an expected deluge of Afghan refugees fleeing violence in the wake of the Taliban’s seizure of Kabul.

John Lanchester has taken these themes of barriers, fear, and politics and intensified them in his atmospheric novel appropriately titled “The Wall.”

The conceit is simple: a thinly-disguised United Kingdom, ravaged by climate change and heavy migration from outside the island, erects a universal wall across all of its shores, posting sentries every few meters or so to monitor the barriers for any potential intruders. Their sole mission: to keep them out, whoever they might be. Failure is symbolically punished with exile and banishment, with the watchers becoming the watched. 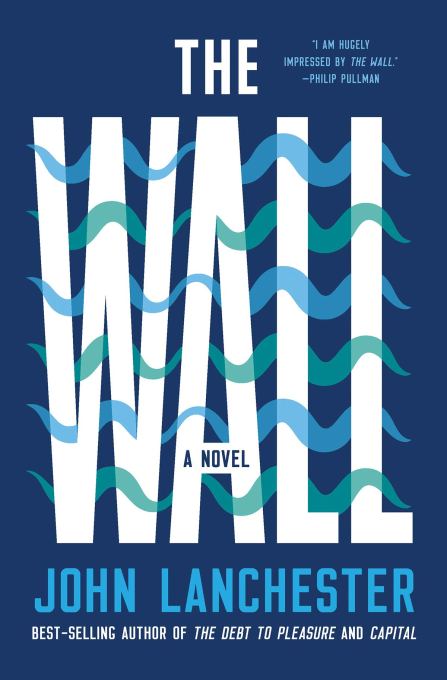 We predominantly follow a pair of sentries who, as the above rule all but implicates for the plot, will become exiled in the course of their duties. What we get then is a meditation on the meaning of home, and also the meaning of barriers and dislocation in a world that is increasingly hostile to being a refuge for much of anyone.

While the plot and characters are a bit lackluster, what is fascinating with the novel is how well it manages to create an environment and ambiance of dread, of a society at the end of its journey. People live, parties are hosted, work is done, but all these activities takes place in a world where the jet stream has presumably disappeared, plunging our hypothetical U.K. into the cold abyss. That theme of gray, morose darkness exudes throughout the book, describing everything from the construction of the wall itself to the personalities of the people that inhabit this world.

That’s the ironic tension that propels the book forward, of global warming heating us up while we simultaneously develop the distant sangfroid to fight the ravaging effects of that heat. We are human, but wooden, divorced from the connection and community we have known in order to protect what little we have left.

That social coolness also inhabits a new set of class differences, not only between native citizens and refugees, but between generations as well. The younger generation, coming to terms with what has happened to their planet, simply no longer follow the instructions of their supposedly wise elders. A mental barrier has been constructed: how can you learn lessons from the people who allowed this to happen? Yet, the boiling anger has long since cooled to an isolated frostiness — acceptance of reality forces the inter-generational conversation to just move on.

Lanchester is astute and subtle in these extensions of the premise, and they are the most enjoyable part of what is — intentionally — a colorless work. The irony again is that this is probably best read on the beach in the middle of summer, an antidote to the heat of our world. I wouldn’t recommend it for the winter months.

There has been more and more “climate fiction” published over the past few years as the issue of climate change has reached prominence in the global consciousness. Many of these are offshoots of science fiction, with long and meandering discussions of technology, policies, and markets and more depending on the work. That can provide intellectual succor in a way and for a certain type of reader.

What Lanchester does is eschew the minutia and technologies pretty much entirely and instead simply situates us in a realistic future — a space that could even be our home. The limits of our imagination are compacted and we are forced to think in tighter quarters. It’s a thought-provoking look at a world whose frontiers are coming closer and closer to all of us all the time.