Western Europe Startups of the Year, Presented by HackerNoon and Blockster

Startups of the year is a community driven vote for this year’s startup of the year for every city in the world above 100k people. 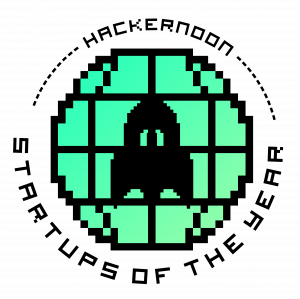 HackerNoon Startups Of The Year

By bringing together sponsors, awards, and functions to aggregate the will of the people, we hope to accelerate the growth paths for thousands of startups around the world.”— David Smooke, HackerNoon CEOLONDON, UK, August 13, 2021 /EINPresswire.com/ -- HackerNoon, the technology publishing company, in partnership with Brex, the company reimagining financial systems so growing businesses can realize their full potential, has launched a startup of the year vote for all cities in Western Europe above 100k people. The voting will last from now until Jan 22.

The HackerNoon editorial team has curated over a thousand Western Europe based startups as part of their larger initiative to name a startup of the year for all 4k cities worldwide with over 100k people. While nominations are still ongoing, to date 30,000 startups in total have been nominated.

"It's not easy to build a business," said HackerNoon CEO David Smooke. "More businesses should be celebrated for not only surviving but also thriving through a worldwide pandemic. By bringing together sponsors, awards, and functions to aggregate the will of the people, we hope to accelerate the growth paths for thousands of startups around the world."

This Startup of the Year experience is powered by HackerNoon's custom voting software that previously powered Noonies 2019, Noonies 2020, and will be Noonies 2021, which is HackerNoon's annual awards for rewarding technology leaders worldwide.

The Noonies are an annual tech industry awards event, presented online by Hacker Noon, built to recognize and reward the most innovative people and products in technology today. Conceptualized in early 2019, Hacker Noon’s first annual Noonies celebrated the contributions of over 500 internally and publicly nominated technologists, thinkers, makers, and leaders in tech. Their third edition will run for an extended period of six months, with public nominations open since next month.

In words of Storm Farell, HackerNoon’s full stack developer, “Startups is just a fork off the Noonies with a fresh lick o’ paint and some structural differences. But it’s powered by the same voting system.”

‘The Blockster team – and I personally – are proud to be the general sponsor of the ‘Startups of the Year’ and help make it happen,” said Adam Todd, Founder & CEO at Blockster. “I can’t overestimate how huge this event is for the tech industry. The world of fintech startups is dynamic and ferociously competitive. Every day, we face a number of diverse challenges: technological, organizational, regulatory, and so on. Some shun competition – but it is a blessing for us, as it makes us grow and evolve: as projects and as an industry.”

When it comes to Western Europe, it seems that we can finally see some disturbance in the force of the startup ecosystem, with power gradually shifting away from London and the growing popularity of Amsterdam-based startups. Was it the pandemic or Brexit, or both? And more importantly, who are startups that managed to thrive despite both, and, what are their secrets?

About Blockster
Blockster is an all-in-one social media platform for all things crypto. From real-time social media updates and pricing feeds of popular currencies to extensive blogs and advertising options for cryptocurrencies, Blockster offers it all. Learn more at blockster.com

About HackerNoon
How hackers start their afternoons. Hacker Noon is built for technologists to read, write, and publish. We are an open and international community of 15k+ contributing writers publishing stories and expertise for 3M+ curious and insightful monthly readers. Founded in 2016, Hacker Noon is an independent technology publishing platform run by David Smooke and Linh Dao Smooke.

Vote Now on Startups of The Year, Presented by HackerNoon