Pokémon Unite is coming to iOS and Android on September 22

By: TechCrunch
During today’s Pokémon Presents livestream, The Pokémon Company announced that Pokémon Unite will become available for iOS and Android on September 22. The strategic battle game came out for Nintendo Switch in late July, but its arrival on mobile devices will expand the game’s potential user base. For users already playing on Nintendo Switch, fear […]

During today’s Pokémon Presents livestream, The Pokémon Company announced that Pokémon Unite will become available for iOS and Android on September 22. The strategic battle game came out for Nintendo Switch in late July, but its arrival on mobile devices will expand the game’s potential user base.

For users already playing on Nintendo Switch, fear not — the game allows cross-platform play, which means you can play on your Switch, then pick up where you left off on mobile. All users can play together regardless of what device they’re using, and it’s not necessary to have a Switch to get the mobile game. Pokémon Unite is free-to-start with microtransactions — you can purchase in-game currency to get certain items or Pokémon. 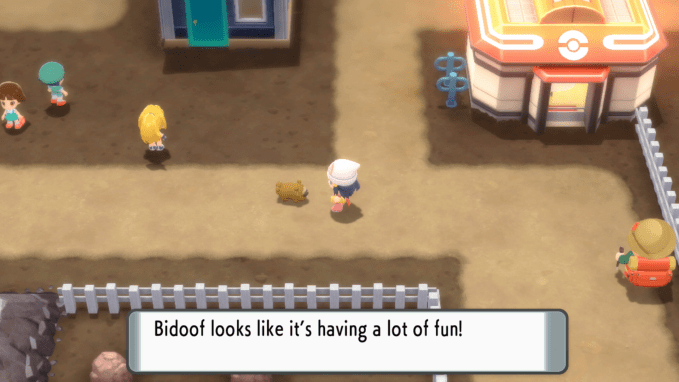 Like previous main series game remakes, Brilliant Diamond and Shining Pearl will expand upon the original games’ foundation and introduce features that appeared in later games, like Following Pokémon, Secret Bases, and — very importantly — changing your trainer’s outfit. The game will also include re-designed features from its original release, like designing Poké Ball capsules and competing in Pokémon Contests. But for the first time in a Pokémon Game, Brilliant Diamond and Shining Pearl will introduce a new aspect of gameplay called the Sinnoh Underground. Players can collect statues of Pokémon for their Secret Base, and depending on what statues are on display, different Pokémon will appear in Pokémon Hideaways within the Sinnoh Underground. To commemorate the fifteen-year-old games’ remakes, on November 5, 2021, Nintendo will release a “Dialga and Palkia Edition” of the Nintendo Switch Lite, which features the legendary Pokémon in gold and silver on a grey console.

Then, the Pokémon Company shared more information about Pokémon Legends Arceus, a first-of-its-kind release for the iconic franchise. Fans have compared its open world design to The Legend of Zelda: Breath of the Wild, which is the fourth best-selling Nintendo Switch game with 23.2 million copies sold, but others say it’s more similar to Monster Hunter. The new game introduces the Hisui Region (an ancient version of the Sinnoh Region), along with new Pokémon like a grandpa-esque Growlithe, and an evolution of Basculin called Basculegion, which can evolve when “possessed by the souls of other Basculin from their school that could not withstand the harsh journey upstream”… Yes, this is a children’s franchise.

Welcome to the Hisui region, Trainers.

Nightmare-inducing new Pokémon aside, the livestream revealed more information about how exactly this new type of Pokémon game will work.

Like standard Pokémon games, players will set out on a mission to complete a Pokédex, but rather than training to become “the best like no one ever was,” they will be part of an expedition team, conducting survey work to learn more about the nature of Pokémon and the secrets they hold. In between field assignments, players can heal their party, craft items, and buy supplies at outposts (ancient Pokémon Centers?). Pokémon Legends: Arceus will also introduce a new battle style — like Pokémon Unite, it won’t simply repurpose the turn-based gameplay we’ve been accustomed to since the first Pokémon games were released in 1998.

Anyway, these games seem promising, but just try your best not to think about Basculegion.