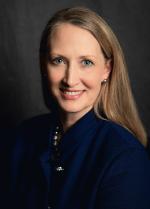 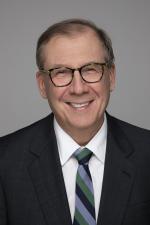 Miller joined Banner in 2016 as Executive Vice President and General Counsel and later assumed the additional role of the company’s Ethics Officer. Miller retires after more than 45 years practicing law, including having previously served as a senior litigation partner at Davis Wright Tremaine, LLP, in Seattle.

"We are grateful for the years of service Craig provided, including his extensive expertise and guidance during a time of significant growth for the company,” said Mark J. Grescovich, President and Chief Executive Officer. “The board joins me in thanking Craig for his contributions, and we wish him the best in his well-deserved retirement. Promoting Sherrey was part of our succession planning, ensuring a seamless transition as she was already a member of our internal legal team. Since joining the company in 2019, Sherrey has made key contributions toward further developing our strong board governance practices and we have every confidence in her abilities to take on this expanded role.”

Before her promotion, Luetjen was Senior Vice President and Assistant General Counsel. Among her duties, she led the corporate secretary and board governance functions for Banner Corporation. Last year, Luetjen was recognized as a Diligent 2020 Modern Governance 100 recipient. The world-wide award is presented to influential governance leaders for guiding their companies with strong governance practices and providing sharper insights for company leadership.

Luetjen has more than 15 years of in-house legal counsel experience at financial services companies and additional related experience advising technology companies. She earned her bachelor’s degree from Seattle University and her master’s degree and juris doctor degree from the University of Washington. Luetjen has been an active volunteer with The Arboretum Foundation in Seattle for more than a decade, including serving nine years on the board of directors, two of which she was the board chair.

Banner Bank is a Washington-chartered commercial bank that conducts business in Washington, Oregon, California and Idaho. Banner offers a wide variety of commercial banking services and financial products to individuals and small and medium-sized businesses and their employees. Banner Bank is part of Banner Corporation, a $16.2 billion bank holding company headquartered in Walla Walla, Washington. Visit Banner Bank at www.bannerbank.com.