Terror stalks the streets of the Philippines in the chilling ‘Aswang’ 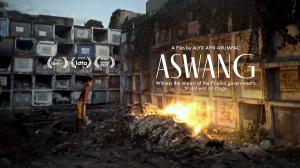 Aswang, now streaming, only on iwonder 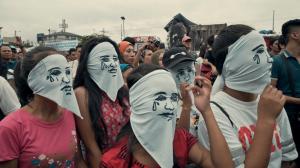 Still taken from the documentary, 'Aswang', now streaming on iwonder 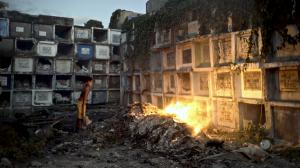 Still taken from the documentary 'Aswang', now streaming, only on iwonder

Now streaming, only on iwonder

Aswang serves as a message in a bottle from some of the Philippines’ most vulnerable communities.”— James Bridges, CEO, iwonderSINGAPORE, July 22, 2021 /EINPresswire.com/ -- New and only on iwonder from today comes ‘Aswang’, the shocking story of how President Rodrigo Duterte of The Philippines has unleashed real-life demons onto his streets as part of a brutal drug war which has claimed the lives of tens of thousands since he came to power in 2016.

‘Aswang’ is a term in the Philippines for witches, vampires, ghosts and werewolves: a collection of shape-shifting evil spirits that feature heavily in local myths and popular films. But since President Duterte took office, Aswang have been appearing in real life in Manila.

In Duterte’s drug war, death squads have shot, tortured and kidnapped tens of thousands of drug users, dealers and innocent bystanders, as police officers are allegedly given free rein to use brutal violence directed at the poorest sections of society. These extra-judicial killings have now been named as crimes against humanity by Amnesty International.

The multi-award winning Aswang follows a group of people whose lives have been caught up in these events: a journalist who tries to make a stand against lawlessness, a coroner, a missionary who comforts bereaved family members, and a street kid with parents in prison and friends in the cemetery.

Breathlessly following the everyday struggle of those whose lives have been radically affected by the regime, Aswang is a shocking account of unprecedented violence and the brazen assault on freedoms by a Government and its President which still enjoy support from voters, while countless others at home and abroad look on with horror.

iwonder CEO, James Bridges, says of the film: “This chilling full-length documentary directorial debut from Alyx Ayn Arumpac is a powerful account of the terror that has gripped the streets of Manila since President Duterte’s brutal war on drugs began. As Duterte hints at a vice-presidential run in the 2022 elections to extend his legacy, Aswang serves as a message in a bottle from some of the Philippines’ most vulnerable communities who continue to live in the real fear of a late-night raid by state-sponsored executioners"

Viewers new to iwonder can watch Aswang for free by signing up to the 14-day free trial period, while also gaining access to 1,000+ other acclaimed documentary films and series. Priced at $4.99 USD monthly or $49.90 USD annually, viewers can enjoy iwonder on their mobile phones via iOS and Android apps, browsers at www.iwonder.com, with Apple TV, Android TV or through Google Chromecast or Apple’s Airplay.

Note: Aswang is not available to view on iwonder in The Philippines or Thailand.

ABOUT IWONDER
iwonder is a documentary and current affairs streaming service, curating the world’s best feature film documentaries and factual content all on one platform. With a vast library of more than 1,000 new, critically-acclaimed, award-winning and festival favourite movies, series and shorts, iwonder marries the trending news stories with fascinating and captivating real-life stories about the people and events shaping world affairs, politics, music, culture, religion, sports, art, nature, history, science, technology and much more.

iwonder is currently available in Australia, New Zealand and Southeast Asia through its iOS and Android apps, Apple TV, Android TV and at www.iwonder.com.