By: Penny Stocks to Buy, Picks, News and Information | PennyStocks.com - Feed
Were These On Your List Of Penny Stocks This Month?

Looking for penny stocks to buy right now? If you answered yes, you’re not alone. While this month has been a mixed one for broader markets, low-priced names have grabbed attention. Sure, AMC Entertainment (NYSE: AMC) and GameStop (NYSE: GME) captivated the interests of the meme stonk army. But with millions of new traders looking for other ways to make money in the stock market, penny stocks were a clear target.

The beauty of these companies is that they don’t always move the same way markets do. In fact, if you look at broader ETFs like the Russell 2000 Small-Cap ETF (NYSE: IWM), you’ll see what I mean. Since June 9th, the ETF looked upon as a gauge for penny stocks has been in. downtrend. And while the IWM has dipped by nearly 5%, you likely have found plenty of stocks under $5 that’ve been surging in price.

In many cases, penny stocks are independent of most broader sweeping trends. Now, obviously, if a sector or industry is hot, sympathy momentum plays a role. However, in most other cases, you can find certain shares of these small companies experiencing explosive rallies even if their respective industry is down in the dumps.

Much of this momentum has to do with what these companies are doing to grow. Speculation plays a huge role when we talk about penny stocks. What will the company do next? Will its latest business plan work out? Can commercialization bring in meaningful revenue, and when? Is there a huge short position that could squeeze? What’s the float, and will retail traders flock to it once they find out? These are many of the questions we actually get asked daily when it comes to certain companies.

Current & Former Penny Stocks On Robinhood To Watch In June

This brings us to the topic of Robinhood penny stocks; what are they, and should you be paying attention to them? Simply put, penny stocks on Robinhood or any stock on the platform is generally considered one that trades on the NASDAQ or NYSE. OTC stocks, with few exceptions, aren’t accessible on Robinhood. So when you’re talking about the hoards of Reddit traders looking to buy penny stocks, those using this app or others like Webull are generally looking for NYSE and Nasdaq penny stocks.

These traders have brought plenty of speculation to the market. Everything from rumors to “short squeeze” set-ups and even the idea of reopening impacting certain stocks have become key drivers of momentum. With all of the speculation and excitement, it’s easy to miss a few companies in the grand scheme of things. In this list of penny stocks, we’re going to take a look at a few that have grown in popularity and some that’ve even left the penny stock range altogether.

Shares of GT Biopharma have been on the move all year. It’s funny to think that at one point not that long ago, it was just a penny stock trading below $3. However, this year, things kicked into higher gear after the company made the uplist from the OTC to NASDAQ. At the center of attention has been the company’s immunotherapy treatment technology and associated pipeline.

Early data has already shown meaningful progress. Available results from the first 9 patients in the study demonstrated GTB-3550’s ability to reduce up to 63.7% bone marrow blast levels and no signs of adverse side effects. It is results like these that have sparked interest from at least 3 Wall Street firms. Roth Capital, B. Riley, and HC Wainwright all have to Buy ratings on GT Biopharma and price targets ranging from $21 to $25 for the former penny stock. 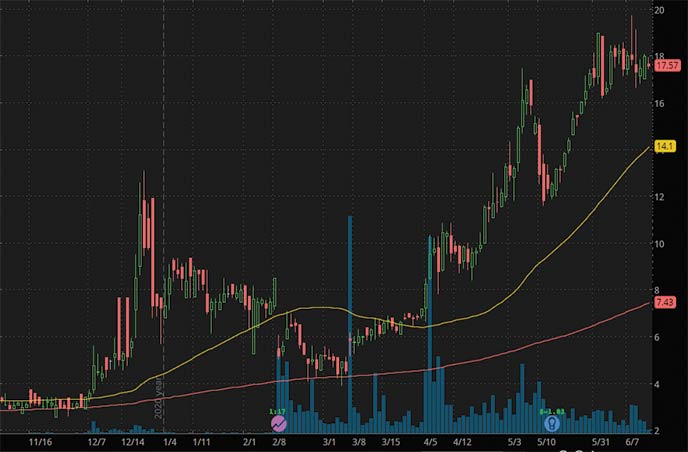 Oil and gas company turned green energy company Torchlight has been on the list of penny stocks to watch for quite some time. Since last year when rumors first began, TRCH stock was moving on speculative action. Fast-forward to this year, and the company has pushed forward with its combination with Metameterial Inc. Metamaterial develops “high performance” functional materials and nanocomposites. Its applications span a broad spectrum of applications ranging from solar energy to aerospace and even automotive solutions.

[Read More] What Are Penny Stocks And Should You Invest in Them?

As the transaction has progressed, so has Torchlight stock. Recent news of a special dividend helped ignite a new springboard of momentum in the market. The company said that the special dividend of Series A preferred stock would be issued on a one- for-one basis to common stockholders as of the close of market trading on June 24.

This dividend was declared in conjunction with the Metamaterials combination, which is expected to close before the end of June. With the pending closure of this deal and a strong push in the market, TRCH stock has continued turning heads this month. 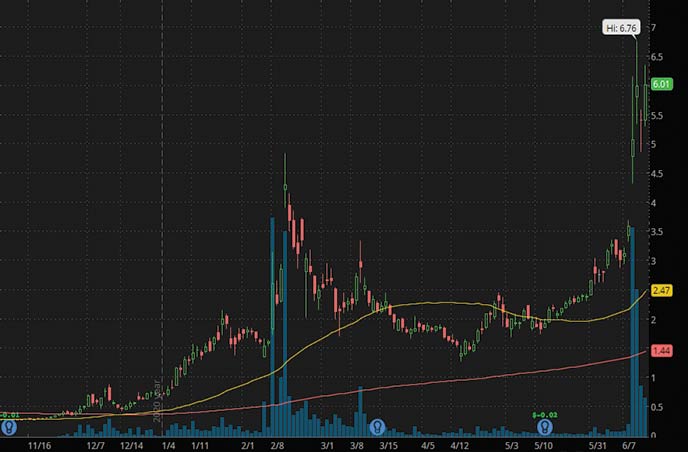 A little more than a month ago, Capricor was on the list of penny stocks to watch. Trading around $3, and since then, CAPR stock has been a force to reckon with. This week shares reached highs of $5.40 following news that it would present recent findings from a preliminary review of its current open-label study. The Phase 2 HOPE trial focuses on the effects of CAP-1002 on patients with Duchenne muscular dystrophy. It’s also in clinical development for cytokine storm associated with COVID-19.

Last month Capricor presented preclinical data supporting its Exosome-Mediated mRNA delivery approach against SARS-CoV-2 at the Annual Meeting of the International Society for Extracellular Vesicles. Linda Marbán, Ph.D., CEO, Capricor Therapeutics, explained, “These data demonstrated that our exosome-based, multivalent mRNA vaccine-elicited long-lasting cellular and humoral responses to both the N and S proteins. This data also supports our exosome platform technology which allows us to develop new, tailored, and targeted therapeutic approaches to a variety of diseases and disorders.”

Considering the next presentation comes early next week, CAPR could be on the list of penny stocks to watch right now. 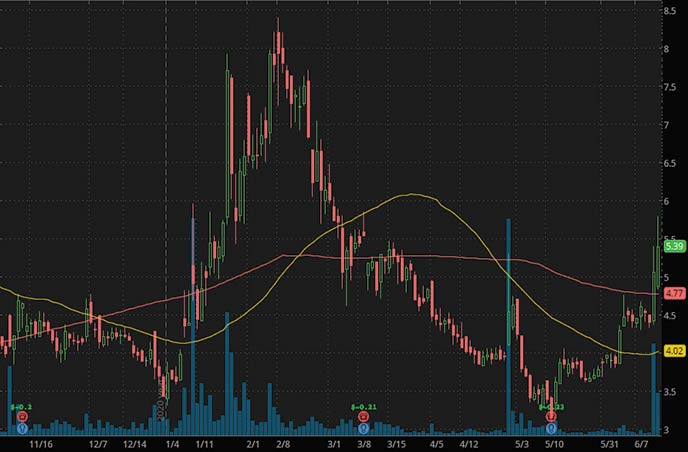 With the latest psychedelic stock IPO brought to market by PayPal Co-Founder Peter Thiel, psychedelic penny stocks have become a focus. MindMed, similar to GT Biopharma, uplisted from the OTC to Nasdaq this year. The company was built by a supporting cast of former cannabis veterans and popular money managers. Some of the early investors in MindMed include Shark Tank’s Kevin O’Leary, former Canopy Growth CEO Bruce Linton, and Founder of Bail Capital James Bailey.

Ever since Nasdaq’s approval to list, MNMD stock has been in a solid uptrend. One of the unique aspects of the company is its opportunity to combine technology with psychedelic-assisted treatment. For instance, earlier this year, the company acquired digital health tech firm, HealthMode for around $32.2 million. HealthMode works with different research institutions to digitize studies using artificial intelligence. This has the ability to capture patient data and spit out useful information for researchers.

Most recently, MindMed has shaken up its leadership team. No former CEO J.R. Rahn stepped down earlier this month, with Robert Barrow assuming the interim role. Barrow was the Chief Development Officer at the time of this transition. This week the company also appointed pharma industry vet Dr. Peter Bergethon to its Scientific Advisory Board. Bergethon is the VP and head of digital and quantitative medicine at Biogen. He also has decades of experience at Boston University and Tufts University. With the latest attention on psychedelic stocks, MDMN could be on the watch list heading into the end of the month. 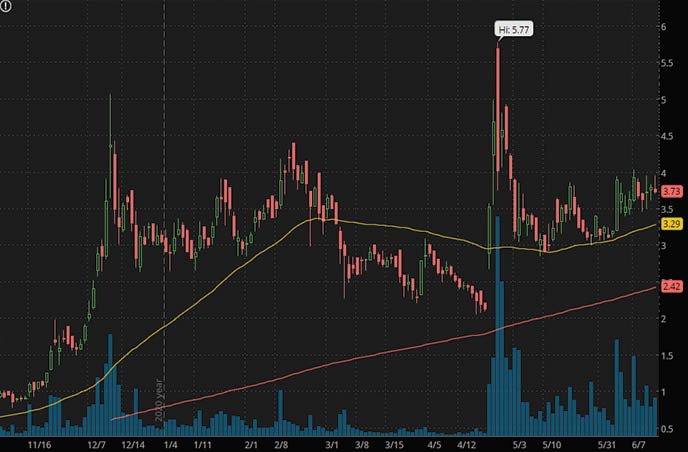 Clearly, the EV and autonomous vehicle niches have received their share of attention this year. Foresight Autonomous has benefited from it as well. Shares of FRSX stock soared at the end of 2021 and into early 2021, sparked by the excitement in these two markets. While things have settled down a bit on that front, Foresight stock has managed to steadily mount a comeback since last month.

The company develops automotive vision systems and recently signed a Joint Venture with an American subsidiary of “a leading European passenger care” manufacturer. The proof of concept project sees Foresight test its stereoscopic technology capabilities for enhancing the vehicle company’s existing active safety features. Furthermore, this month the company sold a prototype of its QuadSight vision system to a “leading global manufacturer of agricultural and construction” equipment.

Again, specific details weren’t immediately available. However, the company believes that this could boost its current product capabilities and offer new opportunities. As the U.S. prepared framework for regulating self-driving vehicles, companies like Foresight Autonomous could be on the radar (no pun intended). 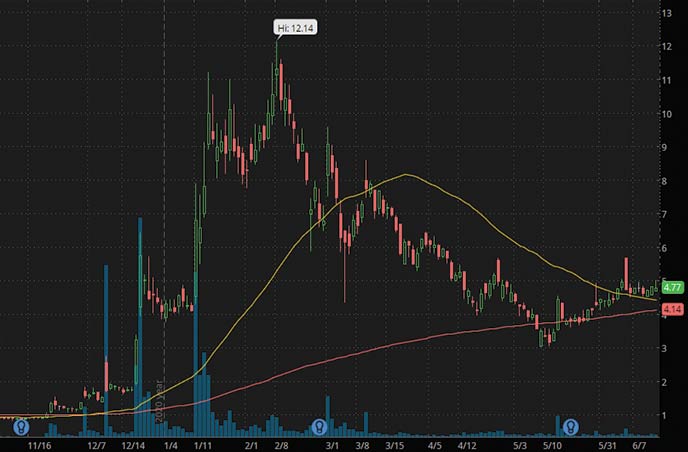 While MREO stock is still under the $5 threshold, it has climbed significantly over the last few months. If you look back at the chart in December of 2020, you’ll see what I mean. Mereo stock was trading under $2 and since then has climbed as high as $4.71 earlier this year. Heading into the rest of summer, it’s still sitting above $3 so far. The biotech company has managed to reach a few key milestones that’ve helped give the sentiment a boost this year.

This month, Mereo announced positive data from an interim analysis of a study on its alvelestat treatment. This is in patients with Bronchiolitis Obliterans Syndrome (BOS) following hematopoietic stem cell transplantation (HCT). Dr. Jackie Parkin, Mereo SVP and Therapeutic Head, “Based on the data from these interim analyses, we believe that further study of the clinical efficacy of alvelestat in BOS after HCT is warranted, especially at an earlier stage of disease and longer duration of drug administration.”

Additional analyses of the first 7 patients are expected to be presented at ASH 2021. Since that isn’t until later in the year, there’s still time for the market to speculate on the trial. Keep that in mind if MREO stock is on your watch list right now. 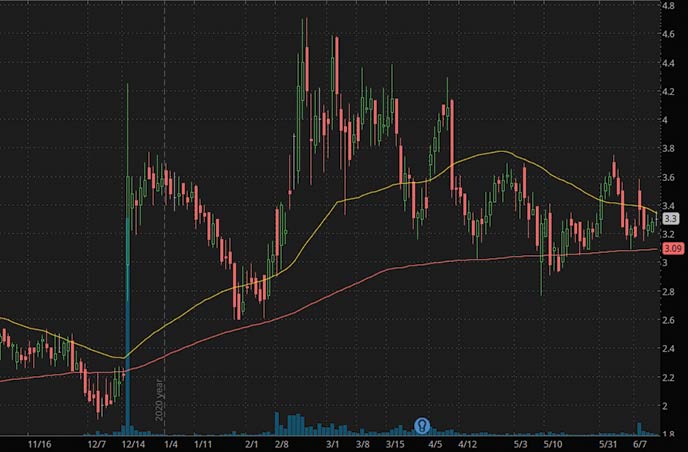 In January, Brooklyn Immuno was just another one of the biotech penny stocks to watch. The company’s shares traded around $4.50 as the company worked on advancing its pipeline. Fast-forward to the second quarter, and BTX stock has seen explosive momentum. A lot of the early traction came as Brooklyn combined with NTN Buzztime Inc in a long-awaited tie-up between the two companies. Then Brooklyn acquired a license for an mRNA gene-editing technology, which ultimately sparked a rally in the stock to highs of over $80.

Brooklyn’s Chief Executive Officer and President Howard J Federoff, M.D., Ph.D., explained that “The acquisition would accelerate our research and development efforts and bring Brooklyn closer to clinical development with an MSC product. The increased alignment between Factor and Brooklyn resulting from this acquisition could allow faster development of clinical products for orphan diseases such as sickle cell anemia, familial amyloidosis and cell therapies for cancer.” 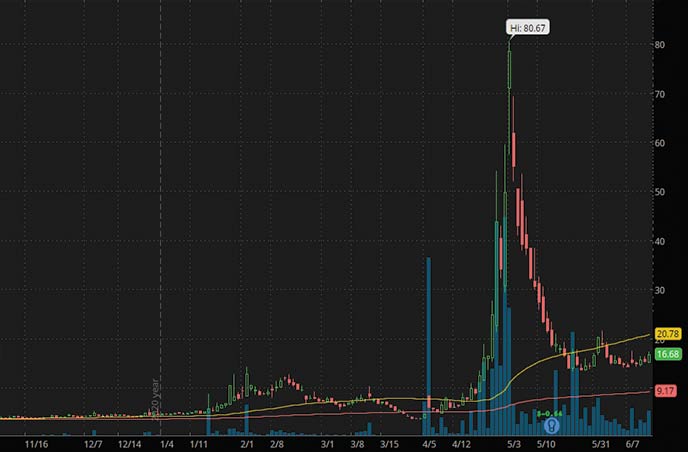 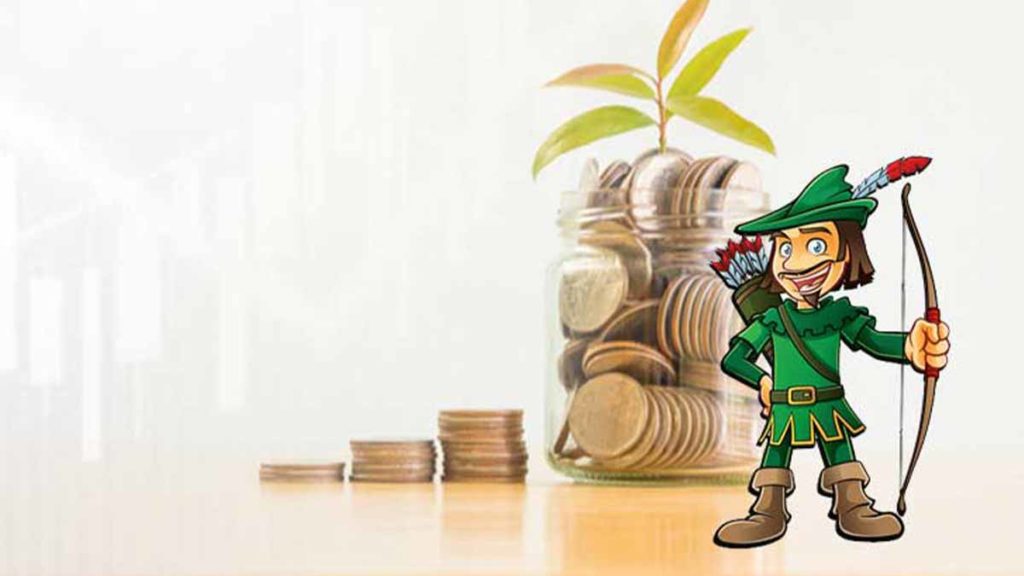