By: TechCrunch
The topic of compensation has historically been a delicate one that has left many people — especially startup employees — wondering just what drives what can feel like random decisions around pay and equity. Last June, software engineers (and housemates) Miles Hobby and Geoffrey Tisserand set about trying to solve the problem for companies by […]

The topic of compensation has historically been a delicate one that has left many people — especially startup employees — wondering just what drives what can feel like random decisions around pay and equity.

Last June, software engineers (and housemates) Miles Hobby and Geoffrey Tisserand set about trying to solve the problem for companies by developing a platform that aims to help companies structure their compensation plans and transparently communicate them to candidates.

Now today, the startup behind that platform, Figure, announced it has raised $7.5 million in seed funding led by CRV. Bling Capital, Better Tomorrow Ventures and Garage Capital also participated in the financing, along with angel investors such as AngelList co-founder Naval Ravikant, Jason Calacanis, Reddit CEO Steve Huffman and other executives based in Silicon Valley.

The startup has amassed a client list that includes other startups such as fintechs Brex and NerdWallet and AI-powered fitness company Tempo.

Put simply, Hobby and Tisserand’s mission is to improve workflows and transparency around pay, particularly equity. The pair had both worked at startups themselves (Uber and Instacart, respectively) and ended up leaving money on the table when they left those companies because no one had properly explained to them what their equity, which changed at every valuation, meant. 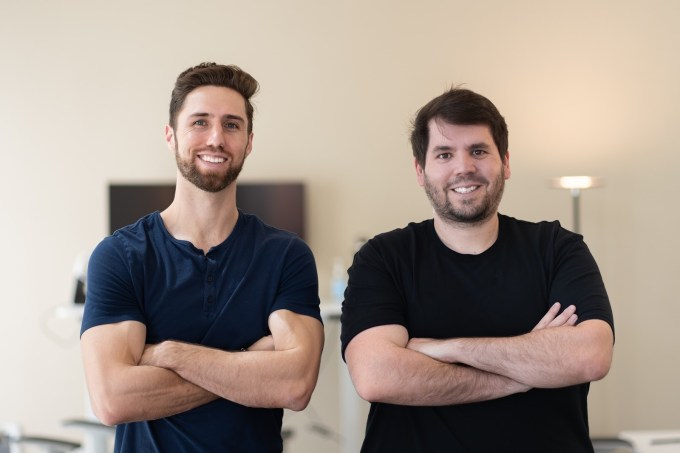 So, one of their goals was to create a solution that would provide a user-friendly explanation of what a person’s equity stake really means, from tax implications to whether or not they have to buy the stock and/or hold onto it.

“I’ve gone through the job search process many times before and there’s all these complex legal documents to understand why you’re getting 10,000 stock options, but obviously we knew the vast majority of people have no idea how that works,” Tisserand told TechCrunch. “We saw an opportunity there to help companies actually convey the value to their candidates while also making them aware of the potential risks of owning something that’s so illiquid.” 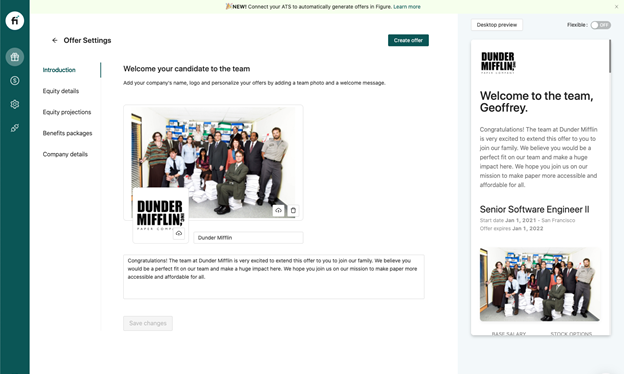 Another goal of Figure’s is to help create a more fair and balanced process about decisions around pay and equity so that there’s less inequality out there. Pointedly, it aims to remove some of the biases that exist around those decisions by systematizing the process.

“We saw a void in this kind of context around equity…and knew that there had to be a better way for companies to structure, manage and explain their compensation plans,” Hobby said.

To Hobby and Tisserand, Figure is designed to help stop instances of implicit bias.

“Compensation should be based on the work that you’re doing, and not gender or ethnic background,” Tisserand told TechCrunch. “We’re trying to give that context and remove biases. So, we’re trying to help at two different stages –– to surface inequities that already exist and make sure there are no anomalies, and then to help stop them before they can exist.”

The need for true equity in equity compensation

Figure also aims to give companies the tools to educate candidates and employees on their total compensation — including equity, salary, benefits and bonuses — in a “straightforward and user-friendly” way. For example, it can create custom offer letters that interactively detail a candidate’s compensation.

“Our goal is for Figure to become an operating system for compensation, where a company can encode their compensation philosophy into our system, and we help them determine their job architecture, compensation bands and offer numbers while monitoring their compensation health to provide adjustment suggestions when needed,” Hobby said.

Anna Khan, general partner of enterprise software at CRV, is joining Figure’s board as part of the funding. The decision to back the startup was in part personal, she said.

“I’d been investing in software for eight years and was alarmed that no one was building anything around pay equity when it comes to how we’re paid, why we’re paid what we’re paid and on how to build equity long term,” Khan told TechCrunch. “Unfortunately, discussions around compensation and equity still happen behind closed doors and this extends into workflow around compensation — equally broken — with manual leveling, old data and large pay inequities.”

The company plans to use its new capital to expand its product offerings and scale its organization.