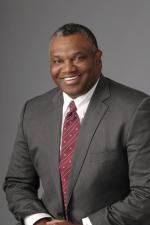 Pinnacle Financial Partners, Inc. (Nasdaq/NGS: PNFP) announced today that Decosta E. Jenkins has been elected to its board of directors effective March 1, 2021. He joins 16 other business and community leaders from across the Southeast who serve as the firm’s directors.

Jenkins is the president and CEO of Nashville Electric Service (NES), one of the largest public utilities in the United States with 2019 revenues of $1.4 billion. He joined NES in 1991, serving as a senior vice president and chief financial officer before being appointed to the CEO post in 2004. Prior to that, he spent 11 years at Deloitte working in the audit department for private and public companies.

“Decosta is one of Nashville’s most prominent civic and business leaders, and we’re thrilled to add his deep well of knowledge and experience to our board,” said M. Terry Turner, Pinnacle’s president and CEO. “He’s a veteran accountant and auditor, and for the last 17 years he’s served as the sure and steady hand at the helm of one of Nashville’s most important major utilities. During that time Decosta helped lead the city through difficult periods, navigated crises and, most importantly, reliably kept the lights on for our community. On top of all that, he’s a person of principle and a good partner. Decosta is a perfect fit among our directors.”

Jenkins is a certified public accountant and earned an accounting degree from the University of Tennessee. He is chairman of the board for the Community Foundation of Middle Tennessee and immediate past chair of the American Public Power Association (APPA). Jenkins also serves on the board of trustees at the University of Tennessee and is a member of several boards including the Nashville Area Chamber of Commerce, Seven States Power Corporation, YMCA of Middle Tennessee and Samaritan Ministries/Project S.E.E. He also serves as a member of regional and national bodies addressing civic, energy and climate issues, including the APPA CEO Climate Change and Generation Policy Task Force, as well as the Tennessee Valley Authority’s Customer Planning Council.

Pinnacle Financial Partners provides a full range of banking, investment, trust, mortgage and insurance products and services designed for businesses and their owners and individuals interested in a comprehensive relationship with their financial institution. The firm is the No. 1 bank in the Nashville-Murfreesboro-Franklin MSA, according to 2020 deposit data from the FDIC. Pinnacle earned a spot on the 2020 list of 100 Best Companies to Work For® in the U.S., its fourth consecutive appearance. American Banker recognized Pinnacle as one of America’s Best Banks to Work For eight years in a row and No. 1 among banks with more than $10 billion in assets in 2020.

Pinnacle owns a 49 percent interest in Bankers Healthcare Group (BHG), which provides innovative, hassle-free financial solutions to healthcare practitioners and other licensed professionals. Great Place to Work and FORTUNE ranked BHG No. 1 on its 2020 list of Best Workplaces in New York State in the small/medium business category.

The firm began operations in a single location in downtown Nashville, TN in October 2000 and has since grown to approximately $34.9 billion in assets as of Dec. 31, 2020. As the second-largest bank holding company headquartered in Tennessee, Pinnacle operates in 12 primarily urban markets in Tennessee, the Carolinas, Virginia and Atlanta.

Additional information concerning Pinnacle, which is included in the Nasdaq Financial-100 Index, can be accessed at www.pnfp.com.